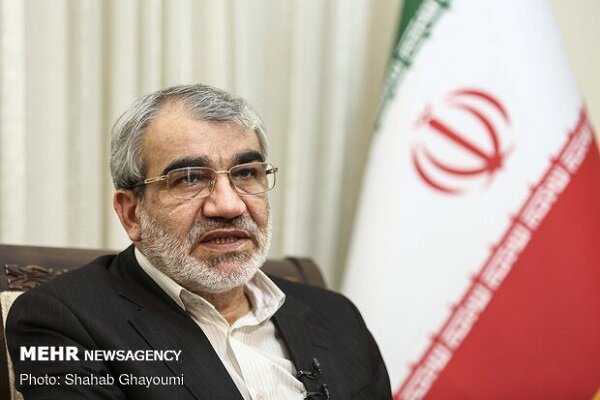 TEHRAN, October 24 (MNA) -- Spokesman of the Guardian Council said that Islamic Republic of Iran is not interested in interfering in the US election, stating that US election in an internal issue.In his Twitter account on Saturday, Abbasali Kadkhodaei emphasized that the US election is an internal issue, in which, Iran does not have an interest in interfering in it and of course, Trump should know that the era of interference in internal affairs of countries has ended.” He stressed that the Islamic Republic of Iran has repeatedly stated that it does not interfere in the internal affairs of countries and beyond that it sees no need for such interference. 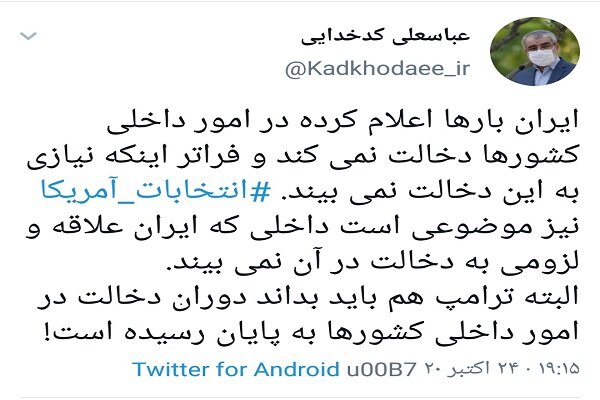 Kadkhodaei added that US election is also an internal issue, in which, the Islamic Republic of Iran does not see any interest or need to interfere.

The remarks come as the FBI has accused Russia and China of interfering in the November election.

Tehran has strongly dismissed the accusation, calling on American officials to end their baseless allegations against the country.