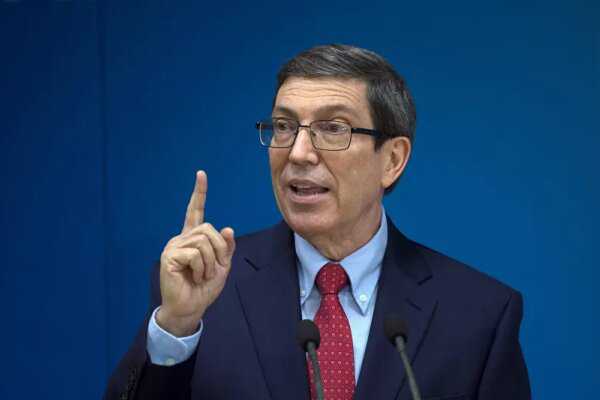 TEHRAN, July 27 (MNA) – Cuban FM says the US was behind an attack against the Cuban embassy in France.Cuban Foreign Minister Bruno Rodríguez Parrilla denounced on Monday an attack against the Cuban embassy in France and remarked that the US was behind the incident. "We denounce a terrorist attack with Molotov cocktails against our Embassy in Paris," the official said. "I hold the US Government responsible for its continuous campaigns against our country that encourage these behaviors and for calls for violence, with impunity, from its territory," the Foreign Minister added. The attacks come as the international community has mobilized in support of the Cuban revolution and demanded an end to the US blockade in the aftermath of the July 11 protests.