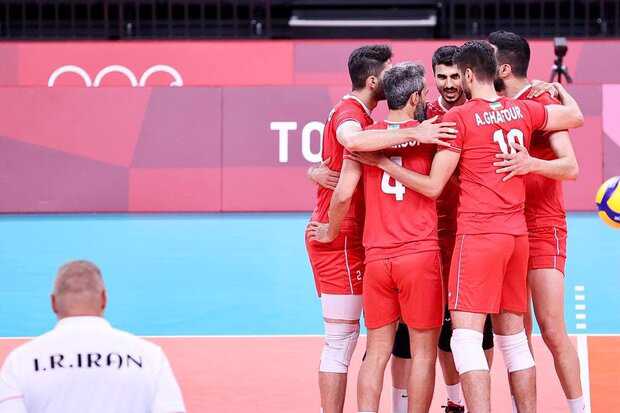 The match between Iran and Venezuela vollyball was held in Tokyo's Ariake Arena .

After the five-set epic in their opening win over world champion Poland, Iran had a relatively comfortable outing in their second match against Venezuela, wrapping up a 25-17 25-20 25-18 victory to provisionally top Pool A with Japan playing later.

According to Reuters, Iran dominated on serve, made 10 blocks at the net and set up numerous spiking opportunities as Amir Ghafour top-scored with 16 points and Meisam Salehi had 13.

"Today, we controlled the game, we made less mistakes," the Iranian player Ghafour said.