US not to tolerate missiles transfer from Iran to Venezuela 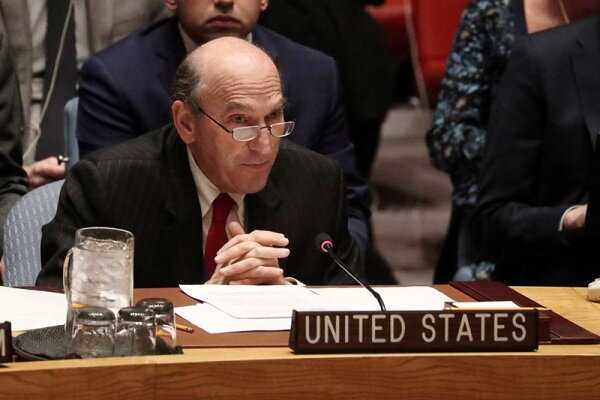 "We will make every effort to stop shipments of long-range missiles, and if somehow they get to Venezuela they will be eliminated there." Although there is no certain information about an agreed delivery, Abrams claimed that Tehran and Caracas will likely sit for an arms deal.

"Iran has announced its intention to engage in arms sales, and Venezuela is an obvious target because those two pariah regimes already have a relationship," he claimed.

This is while the Colombian government recently claimed that Venezuela has been considering buying missiles from Iran.

The Venezuelan president, Nicolás Maduro, said back in late August during a virtual meeting of the Bolivarian Congress of the Peoples that "It's not a bad idea, Iván Duque, we hadn't thought about it, really, when I heard Iván Duque say: 'My God, and why hadn't we thought about that, if Iran has tremendous technology'." A few days ago, Maduro, announced the creation of a military council to make the country’s weapons system more independent, with the help of “sister” nations, among which it mentioned China, Russia, Iran, and Cuba.

“We are going to activate in style the ‘Scientific and Technological Military Council’ that will give it independence in the weapons system to Venezuela“, said the president during an act with the military, without specifying when the installation of this new instance will be, which, he estimates, will occur no later than mid-November.