Anti-Iran sanctions to do 'no good' for US internal problems 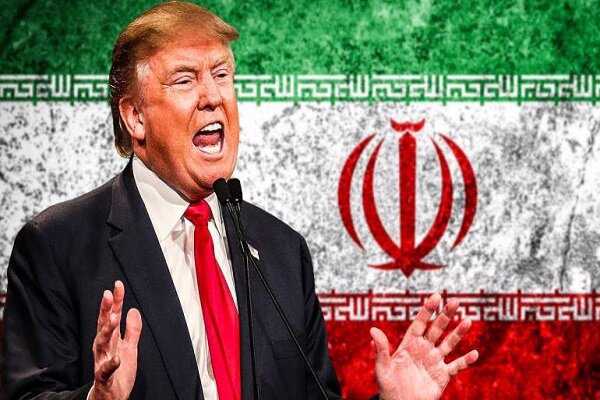 TEHRAN, October 27 (MNA) – Iranian envoy to London said that the US act of reannouncing a sanction for a hundred times as well as adding new Iranian political figures and economic institutions won’t resolve US internal problems.Iranian Ambassador in the United Kingdom, Hamid Baeidinejad wrote in a tweet in reaction to new US sanctions against Iran, ”The US government enforces a sanction law a hundred times and adds an Iranian ambassador, minister or company to its list every day.” “However, doing such measures won’t solve their problem”, he added.

He also added, ”The Iranian nation and government are united in defeating the US policy of sanctions and maximum pressure.” 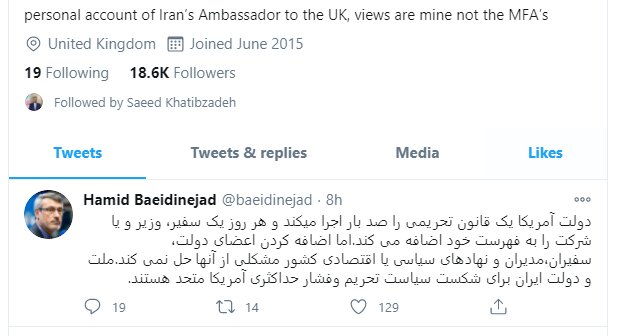 Iranian Foreign Minister also tweeted, “US National Security Adviser Robert O'Brien just admitted that the US has out-sanctioned its ability to inflict more pain on Iranian people.” “It’s time for the US to finally admit it is a SanctionAddict,” Zarif said.

More economic warfare against Iran will bring the US less—and not more—influence”, he added. 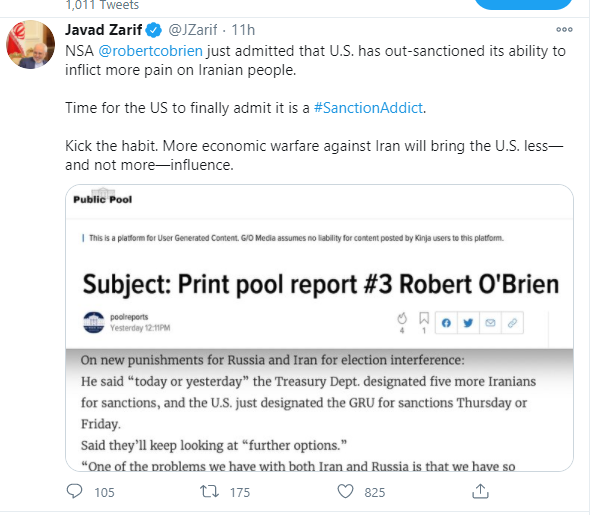 The US government on Monday evening made Iran's oil sector subject to the so-called "counter-terrorism" laws and added new entities, individuals including Namdar Zangeneh, the Iranian Minister of Petroleum, and oil tankers to the SDN list.