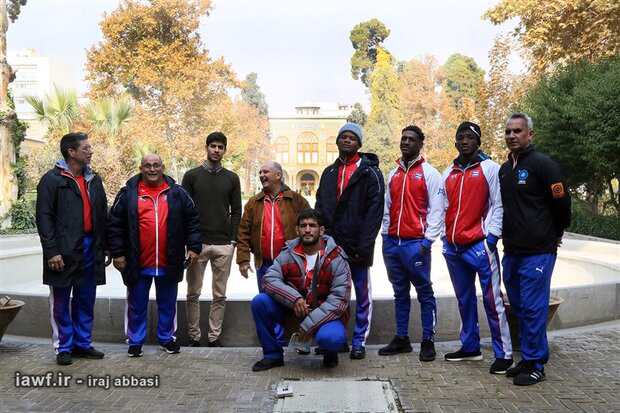 TEHRAN, December 02 (MNA) – Cuban national Greco-Roman wrestling team left Tehran in the early hours of Monday.The 2019 Greco-Roman World Cup was slated to be held on Tehran on November 28-29 but the United World Wrestling announced last Monday that the event has been ‘postponed’ until further notice.

The body described security concerns in Iran as the main reason behind this decision.

Meanwhile, the Cuban team had already entered Tehran on Monday and was scheduled to hold a joint camp with the Iranian team before participating in the World Cup.

However, a few days after the announcement of UWW’s decision, Iranian teams coach Mohammad Bana shut down the training and sent players back to their homes.

The Iranian wrestling federation said that it has offered evidence of Iran’s safety to UWW, expressing hope that the event would be held in coming days.

However, UWW didn’t issue any statement to clarify the situation and only removed the event from its calendar on its website to raise speculations of a total cancellation.

The federation hosted the Cuban team during the past week, even organizing some tours in Tehran for the team to get Cubans acquainted with some tourist sites and the Iranian culture.