Consequences of Trump coup in Bolivia 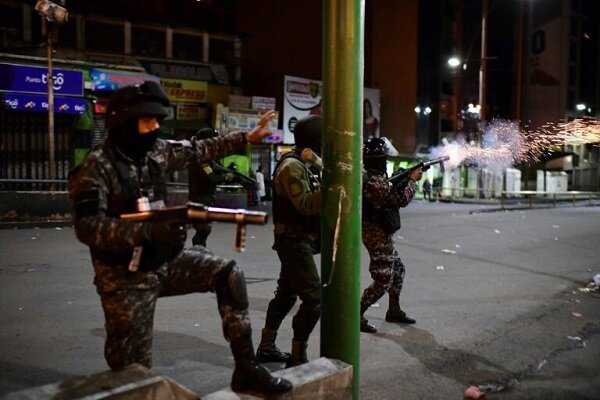 TEHRAN, November 16 (MNA) – The recent US government coup in Bolivia will have severe consequences for Washington and its allies.

This coup will not only weaken socialism and anti-imperialism in Central America and South America, but will also strengthen the opposition of the United States in Latin America.The presence of White House opponents in the governments of Venezuela, Cuba, and Nicaragua has led White House officials to officially name them the "Triangle of Evil" and to refrain from any direct confrontation with these governments and their people.

Trump's continued effort to overthrow Maduro's government in Caracas is an indication of this fact.

However, the recent victory of Bolivia's Evo Morales and the victory of Fernandez, an anti-American left-wing candidate in Argentina's general election, shocked the White House.

These were indicative of Trump's total failure to deal with anti-imperialist currents in Latin America.

The US president, who has been contemplating the collapse of the Cuban, Venezuelan and Nicaraguan governments since his inauguration, has not only achieved this goal but has witnessed the spread of American opposition in other countries.

He did a stupid act and designed and executed a coup in Bolivia.

The President of the United States knows very well how expensive his recent move to Bolivia will be for Washington, yet Trump has shown that he always makes the worst decisions at the White House! Anti-imperialist currents are rooted in Latin America.

Leaders such as Castro, Che Guevara, Ortega, Hugo Chavez, and Morales have maintained anti-imperialism through their actions over the years and decades and past decades.

Undoubtedly, American fascism will not eventually open up to the citizens of the countries in the region.

In the very near future, institutionalized socialism in Bolivia will overturn American fascism and end the life of this deterrent, dangerous Western thinking.

It must be remembered that today the confrontation with US domination is not limited to countries such as Venezuela, Cuba and Nicaragua and anti-American currents are intensely active in countries such as Chile, Ecuador, Peru, Argentina, and Bolivia.

Trump's recent move in Bolivia will further awaken these currents to Washington and its allies.