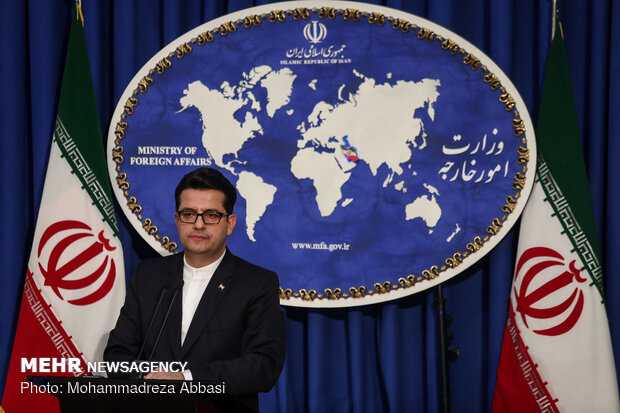 TEHRAN, November 12 (MNA) – In a statement on Tuesday, the Spokesperson of the Iranian Foreign Ministry Seyyed Abbas Mousavi condemned the US intervention in the internal affairs of Bolivia.“Any regime changes by force and unlawfully especially through foreign interference is condemned and unacceptable,” the Iranian FM spokesman said in reference to the forcible removal of Bolivian president Evo Morales from power in a coup-like action by the US over the past few days after foreign-orchestrated protests and the army and police chiefs’ threats.

Mousavi said that the Islamic Republic of Iran believes that “any change should reflect the will of the people and should take place through the ballot boxes and be within the law.” He further called on the Bolivian people and political groups to use the political and legal potentials of their country in order to be able to achieve a peaceful political solution to the situation without resorting to turbulence, violence, and fight.” KI/4770688