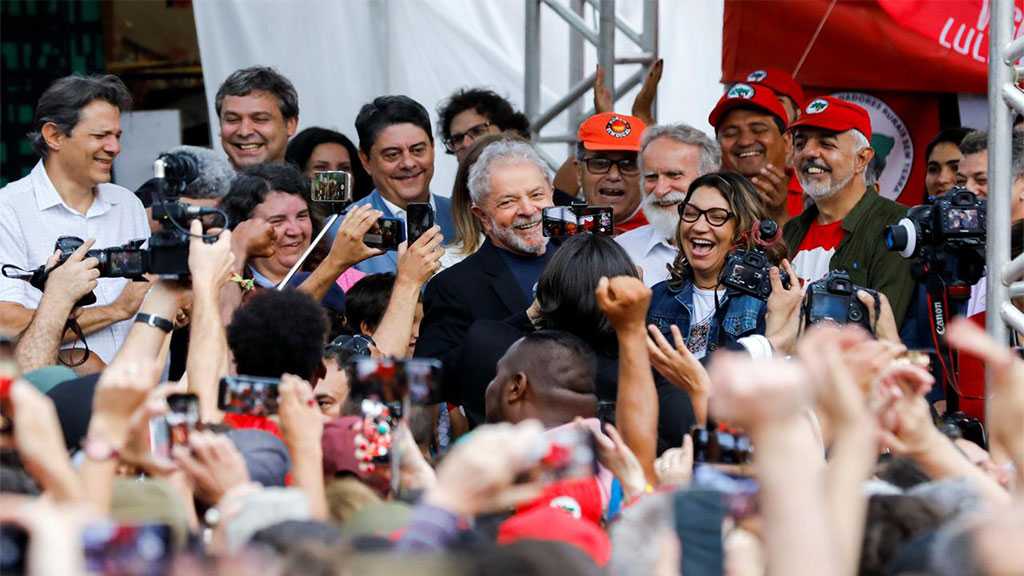 By Staff, Agencies Former President of Brazil Luiz Inacio Lula da Silva was released from prison on Friday after a judge order. The order came a day after the country's Supreme Court overturned a law that required the imprisonment of convicts after they lose their first appeal.

As he walked out of jail, Lula raised a defiant fist of victory in the air to the cheers of a crowd of supporters and members of his Workers Party who waved red flags and held "Free Lula" banners.

He also called for a rally on Saturday in Sao Paulo before he planned to embark on a national tour, he said.

Lula was jailed in 2018 for eight years and 10 months after he was found guilty of taking bribes from engineering firms in return for government contracts.

In his first speech to supporters waiting for him to walk free, Lula pledged to fight to establish his innocence and excoriated what he called the "rotten side of the judicial system" for "working to criminalize the left".