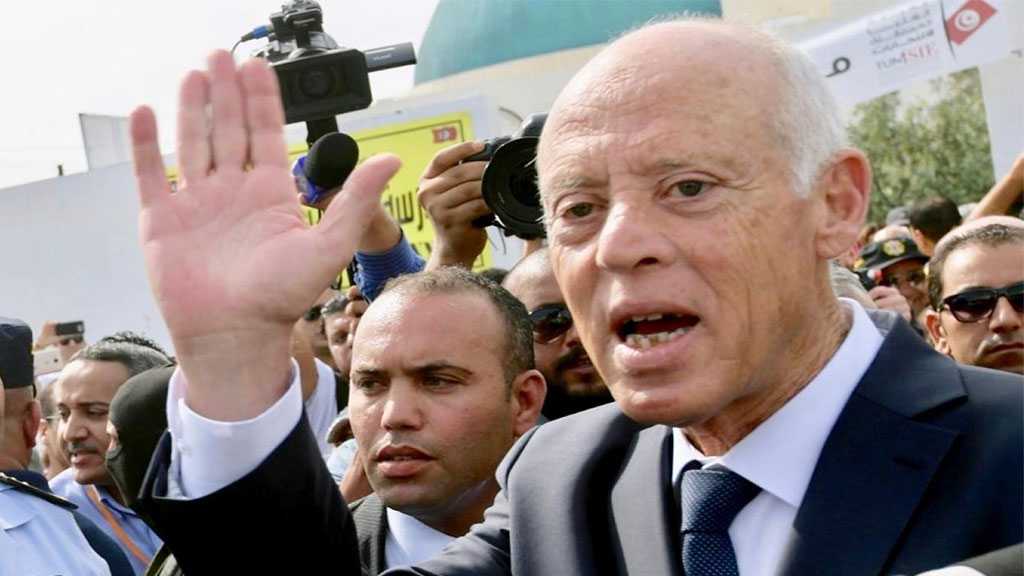 No official results have yet been published. He was up against media mogul Nabil Karoui, 56, who campaigned from prison after being arrested on charges of money laundering and tax fraud.

He denies the charges and officials have warned he may appeal, arguing he has not been allowed a fair campaign.

After the exit polls were released, Saied appeared in front of jubilant supporters in Tunis and thanked "young people for turning a new page" in Tunisia's history.

"We will try to build a new Tunisia.

Young people led this campaign, and I am responsible for them," he said, flanked by his family.

With Kais Saied apparently leading by a large majority, his supporters took to the streets in celebration.

Official results will be revealed on Monday.

Saied provided little policy detail, merely speaking of empowering the people and being a man of the law, leaving his critics and undecided voters with the impression that he has no plan.

Who is Kais Saied? Nicknamed "the robot" for his stern manner, Saied has run a shrewd campaign, with almost no advertising, on a message of integrity and anti-corruption targeted at young Tunisian voters.

Saied was on the committee of experts that helped parliament draft Tunisia's post-Arab Spring constitution, adopted in 2014.

He occasionally appeared on television as a political commentator.

In the week before the polls, he announced that he would not campaign while his rival was in prison. He has promised electoral reforms, including changes to local elections for regional representatives.

Critics have attacked his conservative social views, however.

The election was brought forward after the death in July of Tunisia's first democratically elected president, Beji Caid Essebsi