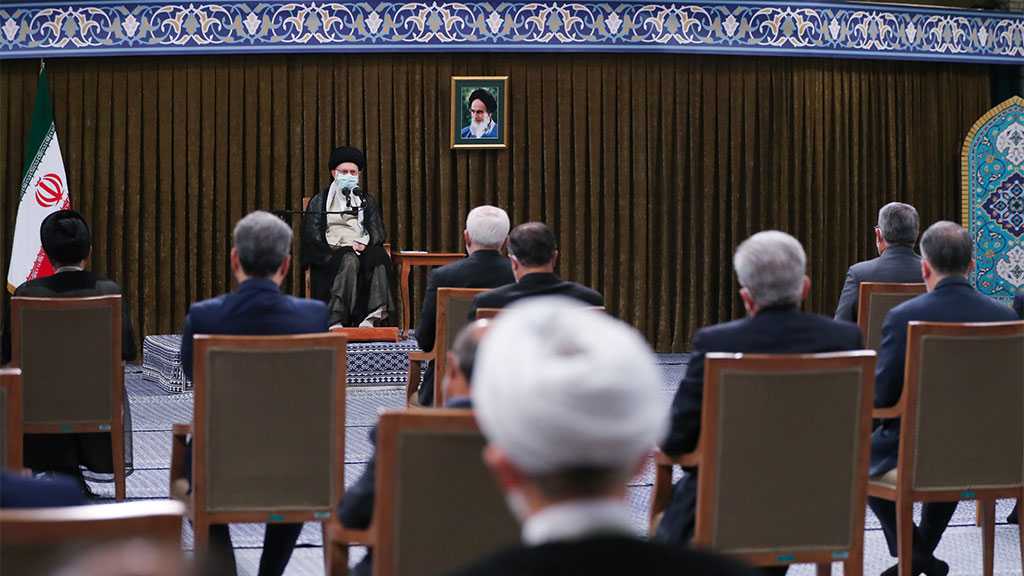 By Staff, Agencies Leader of the Islamic Revolution His Eminence Imam Sayyed Ali Khamenei said that the experience of the incumbent government show that not only Westerners are untrustworthy, but also they seek any chance to hurt the Iranian nation. Imam Khamenei made the remarks while speaking in the last meeting with the officials of the twelfth Iranian government on Wednesday morning.

Referring to the experiences of the 11th and 12th governments, His Eminence reiterated a significant fact that the Western countries are not trustworthy.

Westerners do not help the Iranians and they always seek to hurt the country, he said, stressing that this is a very important lesson.

Stating that the internal affairs and plans of the country must not be postponed by the West, Imam Khamenei stressed that any plan is tied to the westerners' help, the plan will definitely fail to succeed.

Referring to the failures of the officials who postponed national programs due to trusting the West, His Eminence said, "However when you stood and relied on your own feet without trusting the west, you succeed." "Wherever you postponed national affairs for the sake of negotiations with the West and the United States, you could not move forward and stopped," he stressed