US issues alert for citizens in Riyadh amid Yemeni air raids 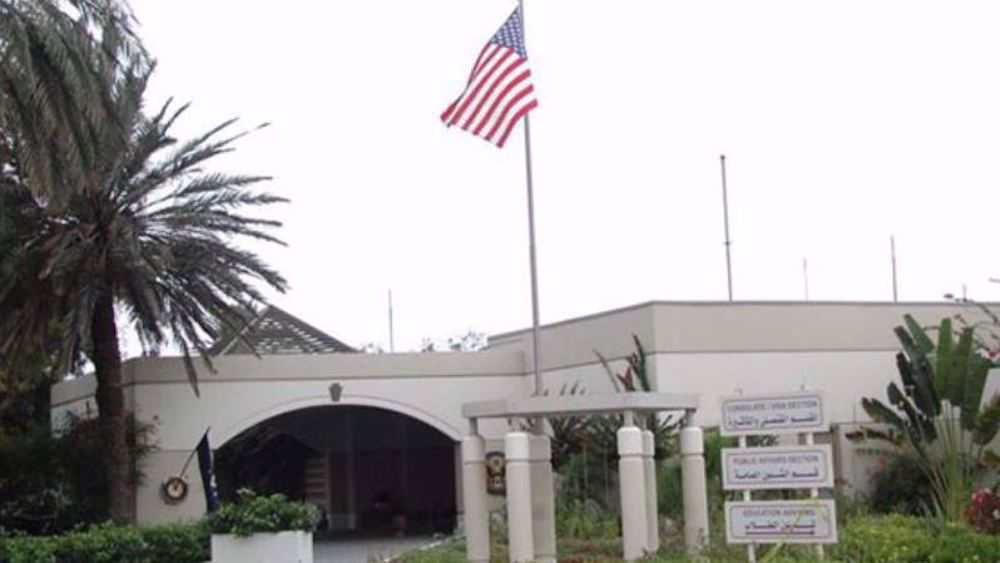 The United States embassy in Saudi Arabia’s capital has urged American citizens in Riyadh to exercise caution amid Yemen’s retaliatory missile and drone strikes against the kingdom. In a statement published on its official website on Thursday, the US embassy warned American citizens in Riyadh to stay on “alert” and “take necessary precautions.” “The embassy is tracking reports of possible missiles or drones that may be headed toward Riyadh today,” the statement said, without offering any details.

The air raid was reportedly the fifth of its kind in 48 hours.

The spokesman for Yemeni Armed Forces, Brigadier General Yahya Saree, said the retaliatory drone strikes against targets inside Saudi Arabia would continue as long as the Riyadh regime presses ahead with its devastating military campaign and crippling blockade against Yemen.

In a statement on Wednesday, the US called on Americans to “stay out of sight, to be aware of the surrounding areas, and to remain vigilant in the sites frequented by tourists.” Saudi Arabia and a number of its regional allies — including the UAE — launched the war on Yemen in March 2015, with the goal of bringing the government of former president Abd Rabbuh Mansur Hadi back to power and crushing the popular Houthi Ansarullah movement.

The US-based Armed Conflict Location and Event Data Project (ACLED), a nonprofit conflict-research organization, estimates that the war has claimed more than 100,000 lives over the past five years.

The popular Houthi Ansarullah movement, backed by armed forces, has been defending Yemen against the Saudi-led alliance, preventing the aggressors from fulfilling the objectives of the devastating war