Bahraini cleric: Muslims must not remain silent on Macron’s insult to Islam 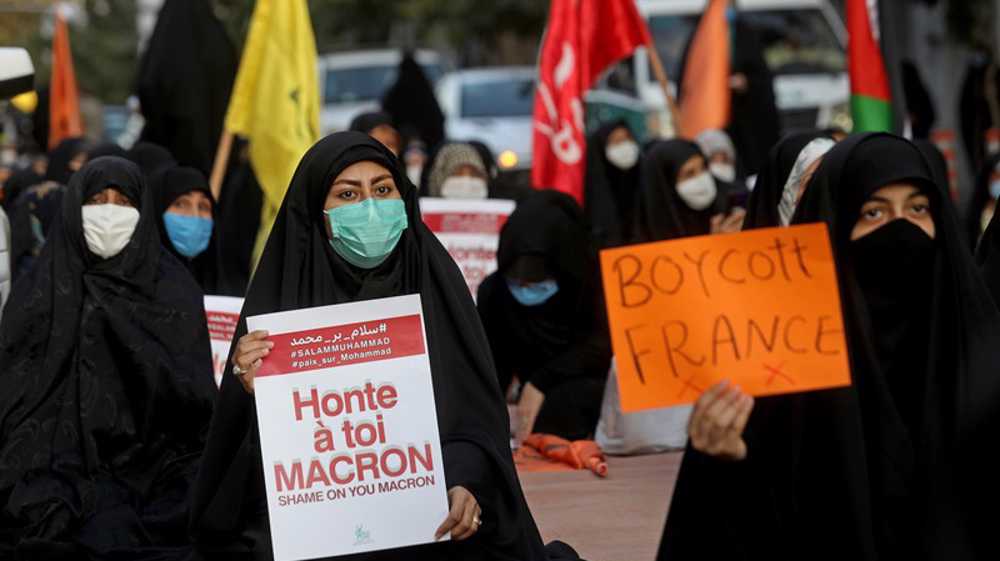 Bahrain’s top Shia cleric Ayatollah Sheikh Isa Qassim has denounced French President Emmanuel Macron’s outrageous anti-Islam remarks, calling on Muslim nations not to remain silent in the face of even the slightest insult to Islam’s Prophet Muhammad (Peace be upon Him). In a statement published on Bahrain's almuqawim website, Sheikh Qassim said disrespecting Prophet Muhammad (PBUH) is equal to insulting all other holy prophets.  Macron has been facing a growing backlash in the Islamic world over defending offensive caricatures of Prophet Muhammad (PBUH) and ordering a crackdown on Islam and its followers in the European country.

He was murdered outside his school in a Paris suburb on October 16 by an 18-year-old assailant, identified as Chechen Abdullakh Anzorov, who was shot dead by police soon after the killing.

Macron characterized the incident as an “Islamist terrorist attack.” In a tribute to the slain teacher, Macron described him as a “quiet hero” and posthumously awarded him the Légion d'Honneur, the country’s highest civilian honor.

Macron facing growing backlash in Muslim world for insulting Islam
Protests continue across the Muslim world over offensive cartoons of Prophet Muhammad (PBUH) and French President Emmanuel Macron’s support for such caricatures.
He also vowed his country would not “give up cartoons” depicting Prophet Muhammad (PBUH), claiming that the teacher was killed by “cowards” for representing the secular, democratic values of the French Republic.

Sheikh Qassim further said that a “widespread and effective boycott of French goods does not constitute a declaration of hostility to France and its people.

It is just a response to President Emmanuel Macron” for his insult to Islam’s Prophet.

Macron turned a blind eye to humanity, the interests of his country and the responsibility to maintain global peace, he said.

The Bahraini cleric called on Muslim nations to take a serious and honest stance against the French president’s insult to the greatest prophet of God (PBUH).

A Muslim nation seeks to maintain security and peace in the world more than any other nation, but at the same time, it holds nothing dearer than Islam, the Holy Qur’an, the Prophet of Islam and its sanctities, said Sheikh Qassem, adding, that is why silence in the face of the slightest insult to the holy Prophet (PBUH) is not permissible.

More anti-France protests Macron’s comments followed by republications of the offensive cartoons in France have triggered a wave of protests and boycott calls in several Muslim nations across Asia and Africa.

On Wednesday, Palestinian preachers staged a rally outside the Ministry of Religious Endowments in the occupied West Bank city of al-Bireh to condemn Macron.

“We follow with great dismay the continued publication of offensive caricatures of the Prophet (PBUH), and we firmly reject any kind of insult against Prophet Muhammad and all the prophets,” the ministry said in a statement.

“These insults are a direct assault on our honorable Messenger, our religion and our faith,” it added, warning that a repetition of such insults would ignite hatred and hostility and serve to destroy the culture of tolerance and peace among peoples.

A protest was also held in the Afghan capital, Kabul, on the same day against Macron’s contentious anti-Islam stance.

The protesters rallied outside the French Cultural Center in downtown Kabul chanting “death to France” and “death to Macron.”