UN appreciates Iran's role in contributing to peace in region 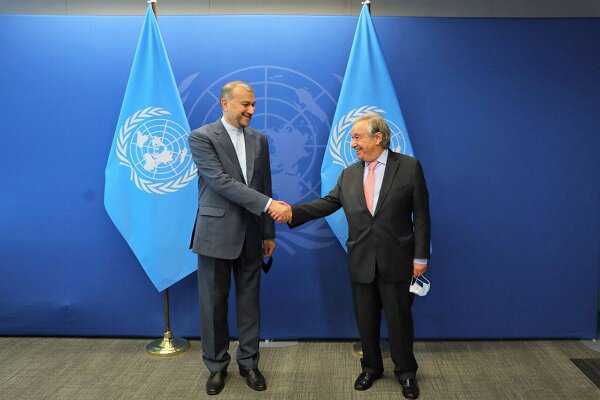 TEHRAN, September 28 (MNA) – UN Secretary-General Antonio Guterres appreciated Iran's important role in contributing to the peace and security of the region.Guterres made the remarks in his meeting with Iranian Foreign Ministry Hossein Amir-Abdollahian in New York.

During the meeting, the latest developments related to Vienna talks on the JCPOA were also discussed.

Stating that a lot of progress has been made in the negotiations, Amir-Abdollahian said, "We believe that an agreement can be reached if the American side takes a realistic approach." "We have always supported the return of all parties to the JCPOA and we hope to see it come true soon," Guterres said for his part. 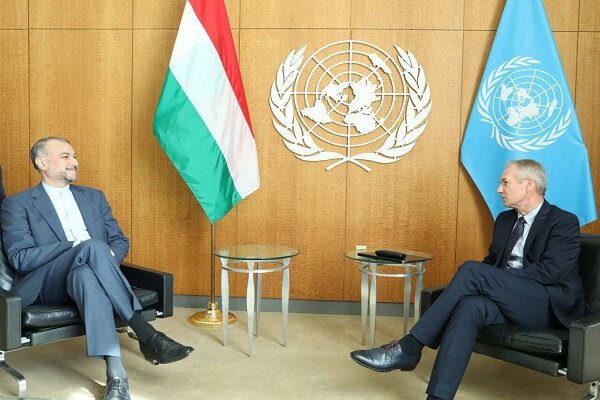 Amir-Abdollahian also on Tuesday met with the President of the United Nations General Assembly Csaba Kőrösi in New York.

The meeting took place on the sidelines of the 77th United Nations General Assembly.