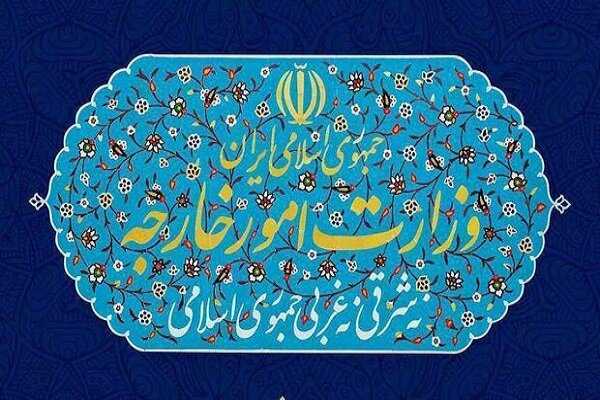 TEHRAN, July 05 (MNA) – On the occasion of 40th anniversary of abducting four Iranian diplomats, Iranian Ministry of Foreign Affairs in a statement on Tuesday said that is diligently following up the fate of kidnapping four Iranian diplomats.Iran’s Ministry of Foreign Affairs has continued its measures to determine the fate of kidnapped four diplomats of the country and has diligently put pursuit of fate of these diplomats on its agenda.

The full text of the statement is as follows, July 05 which coincides with the anniversary of abducting four Iranian diplomats is a symbol of gross violation of all rights that are considered in the Vienna Convention (1961) under the title of diplomatic rights and immunity for all diplomats.

Forty years ago in 1982, four Iranian diplomats named Seyed Mohsen Mousavi, Ahmad Motavaselian, Kazem Akhavan and Taghi Rasteghar Moghadam were kidnapped by the mercenaries of Zionist regime in an area in Lebanon that was occupied by the Zionist regime at that time.

“The Islamic Republic of Iran has announced repeatedly that it has documents and evidence that those Iranian diplomats have been handed over to the occupier Israeli regime's forces after illegal abduction and were subsequently taken to the Zionist regime’s prisons,” the statement said.

Highlighting Iran’s extensive measures to pursue the case via international and regional organizations, Iranian Foreign Ministry said, “Considering the occupation of Lebanon by the Zionist regime in 1982, the Zionist regime and its terrorist-fostering sponsors are politically and legally held accountable for the abduction of the diplomats and such a terrorist act.” The statement underlined that a top priority of Iranian Foreign Ministry is to pursue the case of the kidnapped diplomats through diplomatic interactions with international and regional bodies, calling on the UN and international and human rights organizations to pay serious attention to that humanitarian issue that is subject to international conventions.