Iran calls for suitable ground for return of Syrian refugees 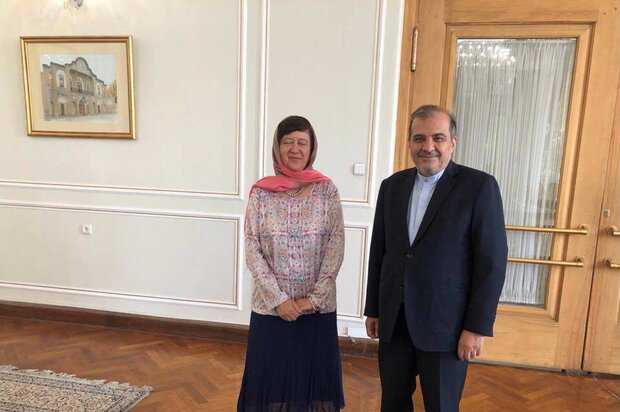 TEHRAN, July 05 (MNA) - Iranian Foreign Minister’s Senior Advisor for Special Political Affairs Ali Asghar Khaji called for laying the suitable ground for returning Syrian refugees.Khaji made the remarks in his meeting with the UN Special Coordinator for Lebanon Joanna Wronecka who arrived in Tehran on Tuesday at the head of a high-ranking delegation.

During the meeting, the two sides exchanged their views on the latest developments in Lebanon and Syria.

While welcoming the successful holding of parliamentary elections in Lebanon, Khaji stated that the Islamic Republic of Iran will support the continuation of the progress of the political process in Lebanon and the efforts of the United Nations to resolve the political and economic problems of that country.

Referring to the Zionist regime's attacks on Syria and violation of Lebanon’s airspace by occupying regime of Israel, Foreign Minister’s Senior Advisor for Special Political Affairs called on the United Nations and international community to take serious action against increasing aggression by the Zionist regime.

Khaji also pointed to the dire situation of Syrian refugees in Lebanon and other countries and called for paving suitable ways, especially within the framework of the UN United Nations Security Council, for Syrian refugees to return to their homeland.