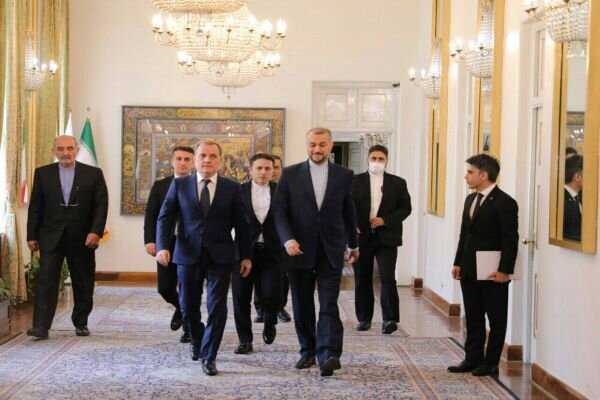 TEHRAN, July 05 (MNA) – A year into his administration, Iranian President Ayatollah Seyed Ebrahim Raeisi succeeded in diversifying Iran’s foreign policy options through the nascent neighborhood policy he set out last year.When he assumed office last year in August, Ayatollah Raeisi made it clear that he had a new agenda for Iran’s foreign policy.

He outlined his foreign policy goals within what came to be known as the Neighborhood Policy, which rests on fostering mainly economic relations with neighboring countries and non-Western powers.

Since then, the President traveled to many countries in a bid to advance his foreign policy goals.

This included visits to Russia, Turkmenistan, Tajikistan, Oman, and Qatar, to name a few.

A senior Iranian lawmaker has said that the neighborhood policy of Raeisi played in a major role in Iran’s efforts to neutralize US sanctions.

The lawmaker, Javad Karimi Quddousi, who is a member of the Iranian parliament’s National Security and Foreign Policy Committee, said the Raeisi presidency marked a shift in Iranian foreign policy.

According to the lawmaker, one reason that why the US sanctions had negative impact on Iran’s economy was that the previous government failed to prioritize enhancing economic relations with neighboring countries and focused its time and energy on boosting Iran’s relations with Europe, which has been seeking to sow divisions among Muslim states.

“Sanctions were also effective in cases where our relations with neighboring countries were strained in the previous government.

When I asked Saif (Valiullah Saif, the former governor of the Central Bank) to make bilateral agreements for the exchange of national currencies between other countries, his answer was that this issue was not realized.

While diplomacy and many trips between countries are for the realization of this goal,” he told Iran’s state news agency IRNA Qoddousi added, “The 13th government created a unique and unprecedented transformation in foreign relations with neighboring countries in the shortest time.

Membership in unions such as Shanghai [SCO], Eurasia, (and possibly) BRICS, etc., signing important agreements with countries in the region and the world in various fields are among the successful goals of the 13th government that have been achieved.” The Raeisi administration is continuing the neighborhood policy.

The visit came amid diplomatic efforts to upgrade relations between Tehran and Baku.

It also came against a backdrop of broader diplomatic efforts by Iran in the region to improve ties with regional heavyweights such as Turkey and Saudi Arabia.

In parallel, Iran and Saudi Arabia seem to be on the verge of restoring ties as a result of mediatory efforts by Iraqi Prime Minister Mustafa al-Kadhimi.

The Iraqi premier visited Iran and Saudi Arabia in the past week.

According to Arab press reports, Iran and Saudi Arabia could soon announce the restoration of diplomatic ties in a meeting in Baghdad.