Felicitation to Muslims on Eid al-Ghadir 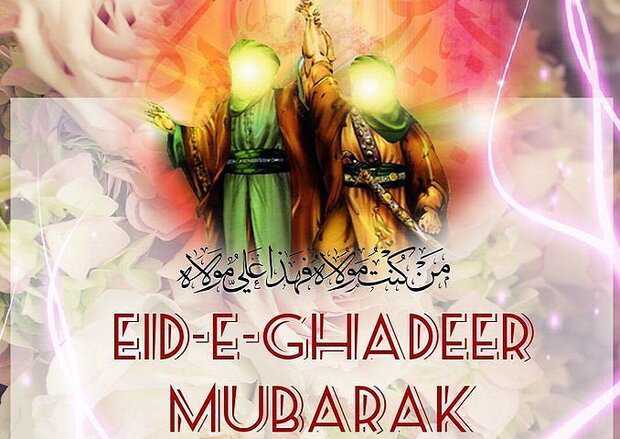 The Shia Muslims believe that Imam Ali cared so much about the impoverished and did whatever in his power to help them.

He dedicated his life to the poor and Shia follows his path, especially in difficult times.

After the outbreak of coronavirus, many people were affected by its economic consequences.

Iranian have been helping the needy since the beginning of the pandemic in the form of livelihood assistance packages.

This indicates their adherence to the values deemed significant by Imam Ali.

This year Eid al-Ghadir coincides with worldwide pandemic which made the Muslims especially Shia in the Islamic Republic of Iran launch national wide charity movements.

Event of Ghadir Eid al-Ghadir is one of the most significant feasts of Shia.

It marks the time when the Prophet of Islam selected Ali b.

Abi Talib as his caliph and the Imam after based on an order from God.

That event happened during Hajjat al-Wida' (the Farewell Hajj), in 10/632 in a place called Ghadir Khumm.

Just like other Islamic celebrations, Eid al-Ghadir is determined by a lunar calendar.

The Eid coincides with the 18th day of Dhu al-Hijjah, the Month of the Pilgrimage.

Iran is holding the celebration of Eid al-Ghadir on July 29 this year.

According to hadiths, the Prophet gathered people in Ghadir Khumm, raised Ali's hand so that everyone sees and asked, "O people! Do I not have wilaya (guardianship) over you more than you have over yourself?" People answered, "Yes, O Prophet!" Then, the Prophet said: "God is my wali (guardian) and I am wali of the believers; and I have wilaya over them more than they have over themselves.

So, anyone I am his wali, Ali is his wali." Then, the Prophet repeated it three times and said, "O God! Befriend and be the wali of anyone who loves Ali and considers him as his wali; be the enemy of anyone who is his enemy; and assist anyone who assists him and abandon anyone who abandons him." He then asked people to convey the message to those who were absent.

The anniversary has been called "Eid Allah al-Akbar" (the greatest eid of God), Eid of Ahl al-Bayt, and "Ashraf al-A'yad" (Most Honorable Eid).

Shi'a celebrates this day around the world with various customs including fasting, reciting various prayers, visiting relatives, and helping the poor.

This is a republished report