Get rid of your arrogance O Macron! 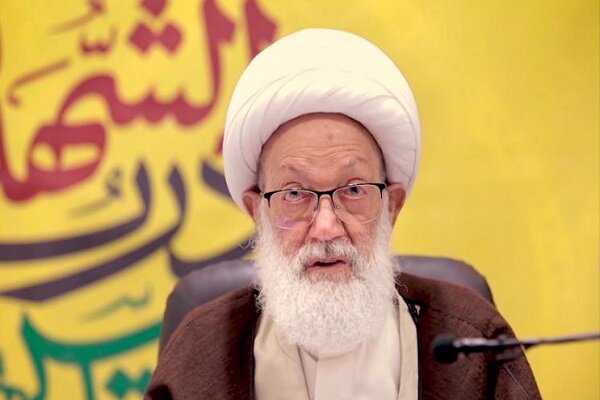 Below is the text of his letter to Macron: In the name of Allah the most Merciful, the most Beneficial Get Rid of your Arrogance O Macron! In his statements and promises, Macron who serves as the president of approximately sixty-five million French people, among which are millions of Muslims, bears responsibility before his nation and before the world regarding the incident of murdering [Samuel Paty] who had presented to his class satirical cartoons of the Great Messenger of God Prophet Muhammad (May God bless him and his household and all the prophets and messengers), whereby he had promoted them and convinced his pupils to uphold his views.

In his statements and promises, Macron has either forgotten his humane duty, his position’s responsibility, the interest of his country, his responsibility to preserve the global peace; or he has denied all of these obligations and he has gone far beyond by reacting recklessly and exposing his sickening intellectual and mental issues about Prophet Muhammad.

This prophet is the greatest divine figure to humanity as attested in his lofty teachings and honorable life and is believed to have performed an unprecedented role by bringing mankind out of darkness into the light of guidance.

Macron said about Paty who attacked the Messenger of God (May He bless him and his household) that the teacher embodies the values of the French Republic and that France will not give up publishing these satirical cartoons, stressing that what Samuel Paty practiced was his freedom, which he had the right to teach and show proud of.

This means the freedom to offend and ridicule the great Islam and its faithful prophet (May God bless him and his household).

Can Macron rationally or religiously prove or claim that the general human conscience is both in words and in deeds with freedom without any moral or legal restraints, and without any respect for the set of lofty values, human dignity, and public security? Macron’s freedom opens the door wide to insults, to slander, to mockery, to unlawful crimes, to expose people’s concealed nature and to drop every sanctity.

If honour, religion, and human dignity have no right to be protected in someone’s eyes, then this threatens humanity at the level of social interaction and the practical reactions to such encroachments; historically and globally speaking.

Has Macron observed how his presidency responded to Erdogan’s criticism because it hurt it? It is as if you believe, O Macron, that you have honour while the greatest Messenger of God lacks it, and as if you ignore that 1.6 billion Muslims around the world believe that Prophet Muhammad (May God bless him and his household)’s dignity is greater than their own dignity.

Oh Macron, is this your perception, is this your comprehension, is this your justice? Are those your morals; to deem the teacher who had undertaken upon himself to promote caricatures that insult and ridicule the greatest Messenger of God, Islam and the Islamic nation, through which he has provoked the conscience and the fervour of this nation; to deem the teacher as the embodiment of France and the emblem of its honour, pride and progress?! Oh Macron, do you not notice that your statements are de facto transgression and political idiocy of a president of France, whose interests should concern him and who ought not to establish wide gaps between it and a broad nation across the globe?! Your statements are a blatant transgression against the logical thought, against the human conscience, against the lofty values, against global peace, against the interest of France and its ties.

And does a president, from his position, and in the name of France, do all of this for his country and for the world?! Oh Macron, how much have your idiot reckless and undisciplined statements pushed in the direction of inciting hatred and discrimination in the world and within France? If you complain about terrorism, then your statements inflame and ignite the flame of terrorism.

A little bit of terrorism is vicious, so why are you igniting it if you hate it? We hope that Muslims’ reactions would not led to terrorism, whereby they and the whole world must cooperate in stopping such ignorance so that the world does not devastate and humanity does not disperse.

France’s Interior Minister Gerald Darmanin has transgressed the borders in his response to the incident.

As Darmannan has stated that the pursuit and retaliatory operations target dozens of individuals, who are not necessarily linked to the investigation into the killing of Patti, but rather aim to pass a message that “We will not let the enemies of [France] rest for one minute.” Protecting France should not mean extending the punishment to innocent people who are neither linked to nor complicit in the accident or have any connection to, and pursuing them constitute nothing but a hostile and illegal behaviour.

And if Macron had said that Islam needed to be reshaped, as understood from Erdogan’s statement, has Macron then put himself in the position of the Lord of servants and religion, or has he believed himself to be a newly-sent messenger holding the seal of the religion? How worst is this transgression and how ugly is this arrogance and how blatant is this audacity?! Reflect on what he French presidency stated: “Erdogan’s comments are unacceptable.

Excess and rudeness are not a method.

We demand that Erdogan change the course of his policy because it is dangerous in every respect”.

So, Erdogan’s statements are “unacceptable” because Erdogan has responded to Macron in a way he despises.

If the French presidency does not accept to be insulted, it must not then offend others.

How come France refuses insults from others whilst it insults the greatest prophet who is followed by at least 1.6 billion Muslims and whose nation has the greatest human civilisation known for its generosity and its honourable message? Our Islamic nation is the nations most keen on preserving security, world’s peace and human fraternity, while nothing is dearer to it than its Islam, its Quran, its prophet, and its sanctities.

Thus, it is not permissible for this nation to remain silent on any slightest offense to the sanctity of its Holy Prophet (May God bless him and his household), and to firmly defend Islam.

And this nation must definitely respond to any hostility against the dignity of the Messenger (May God bless him and his household) and to defend the fever of Islam.

Watch out not to be pushed to unjust aggression and terrorism.

Meanwhile, all Islamic peoples are urgently called to express a serious and sincere position in their firm rejection of the French president’s transgression of the greatest of God’s prophets and messengers, and which constitutes an attack on all the prophets and messengers, all of whom all Islamic peoples must diligently, faithfully and fearlessly defend the Islamic Ummah.

The efficient comprehensive boycott of French imports is not hostile to France but rather in response to the hostile Macron.

Praise be to God, Lord of the worlds, and the best of prayers.

Peace be upon Muhammad and his pure dynasty and God’s mercy and blessings.

Peace and God’s mercy and blessings be upon the glorious nation of Islam.