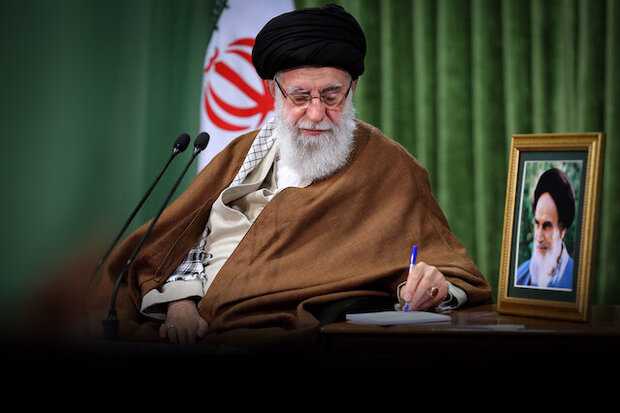 TERHAN, Oct 29 (MNA) – Anthony Cartalucci belives that West enjoys crossing the red lines of other nations when it suits them and this hypocrisy was highlighted perfectly by the Iranian Leader's letter to the French youth.Recently, French President Emanuel Macron has sparked outrage across the Muslim world by accusing French Muslims of "separatism" and describing Islam as "a religion in crisis." He has also publicly attacked Islam in defense of the publication of derogatory cartoons of Prophet Muhammad (PBUH).

Of course if religious tolerance is a serious issue for France, then laws protecting religion and preventing sectarian strife should be evenly applied to protect all groups.

Every society has "red lines" that cannot be crossed in terms of "free speech" - the Holocust is a perfect example of a topic in the West that is off-limits from "free speech." However, the West enjoys crossing the red lines of other nations and groups of people when it suits them - and this hypocrisy was highlighted perfectly by the Iranian Leader's letter to the French youth.

Why does French President support insulting God’s Messenger in the name of freedom of expression.

Does freedom of expression mean insulting, especially a sacred personage? Isn’t this stupid act an insult to the reason of the people who elected him?

West knows full well this current issue regarding Islam has nothing to do with protecting free speech, is another step in manipulating, dividing, and directing the attention of the publicFreedom of speech is meant to protect civilized discourse.

Slandering, libel, mockery, insults, and harassment are neither civilized discourse nor "free speech." It should be pointed out that in the United States when the Bill of Rights was being signed, should someone have mocked or insulted one of America's Founding Fathers it was likely grounds for legal action or even a literal deul outside with pistols or swords.

The West, including France, know full well this current issue regarding Islam has nothing to do with protecting free speech and is another step in manipulating, dividing, and directing the attention of the public - both in France and abroad.

Why is it a crime to raise doubts about the Holocaust? Why should anyone who writes about such doubts be imprisoned while insulting the Prophet (PBUH) is allowed? While the French government's actions are highly provocative they should come as no surpriseThis is a case of obvious Western double standards.

They are the same double standards that have Facebook and Twitter purging thousands of accounts online because of supposed "real world harm" they "fear" these accounts could be promoting - while organizations like the BBC, Reuters, CNN, and others are allowed to keep their accounts - and in good standing - despite selling literal wars that have killed tens of thousands and destroyed entire countries.

While the French government's actions are highly provocative they should come as no surprise.

For Muslims around the globe, they must have confidence in themselves and their faith and refuse to be provoked by these actions or drawn into efforts to create a wider confrontation.

Patience, intelligent discussion, thoughtful criticism, and civilized protest is the best antidote to toxic policies like those promoted by the current French government.