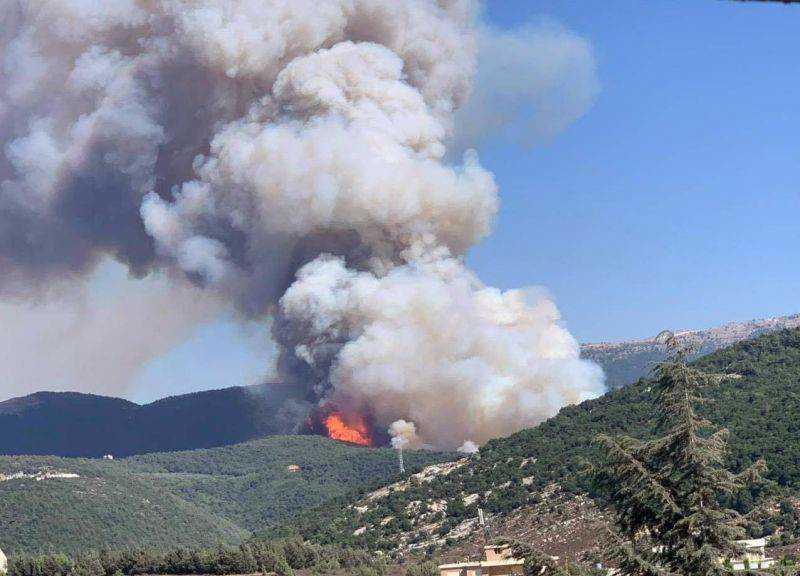 A wildfire raged in a forested area of mountainous northern Lebanon on Wednesday, reaching just outside some residential homes and killing a 15-year old who was helping firefighters put out the blaze, the civil defense and state news agency said.

Firefighters, military helicopters and civilians battled the wildfire near the village of Qobayat in Akkar province that burned for hours and spread to nearby areas, the civil defense said.

Late in the day, the fire was still advancing toward houses at the edge of the mountainous area.

At least 25 residents were treated on the spot, the Red Cross said.

A three-day brush fire in Cyprus earlier this month was described as the most destructive blaze in the country's 61-year history as an independent republic.

The Qobayat area is described by many as having one of the most beautiful forests in Lebanon, with oak, pine and cedar trees.

The state-owned National News Agency said the fire spread over seven kilometers and was two kilometers across, claiming tens of thousands of pine trees so far.

One young man who was helping to fight the fire was injured and died, the civil defense said.

Firefighting vehicles were dispatched from the capital, Beirut.

Lebanon suffered devastating wildfires in October 2019 that lasted for more than two days and spread from the mountains in Chouf to just outside the capital Beirut.

Lack of equipment and preparedness combined with high temperatures and gusty winds caused the fire to rage and destroy acres of forest.