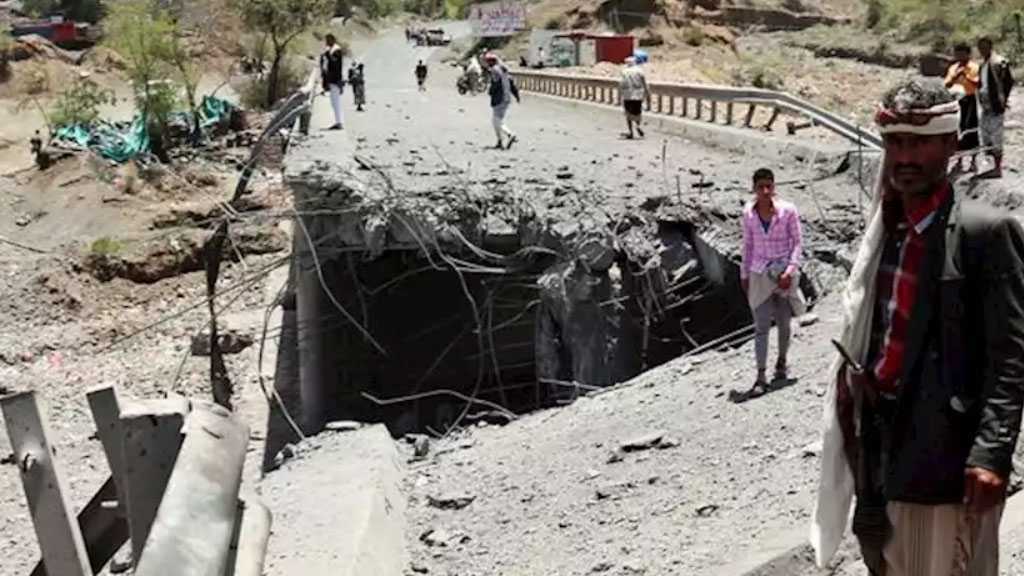 By Staff, Agencies Data suggested that Saudi Arabia and its allies have systematically targeted civilian infrastructure in Yemen, according to an initiative that documents human rights violations. The Saudi-led coalition waging war in Yemen systematically targeted bridges, which are key for the survival of civilian populations, according to a report published on Wednesday by the Yemeni Archive.

Under international law, such attacks amount to war crimes.

Although the Saudi-led coalition claims that it adheres to international law with regards to its military operations in Yemen, data suggest otherwise, DW reported on Wednesday.

More than 130 bridges have been hit by airstrikes between 2015 and 2019, according to data provided by the Yemeni Archive.

In several of those cases, the bridges were "double-tapped," a term used to describe a target struck once and then again hours later.

Many of those bridges linked key networks of roads that have served as lifelines for civilian communities struggling under the weight of the war.

"These are not random attacks," said Abdulrahman al-Jaloud, project director of the Yemeni Archive, an initiative that collects, verifies and collates data about human rights violations in Yemen.

"What we see is that these attacks are systematic." The Saudi-led coalition invaded Yemen in 2015.

Since then, over 100,000 people have been killed, according to the US-based Armed Conflict Location and Event Data Project [ACLED]