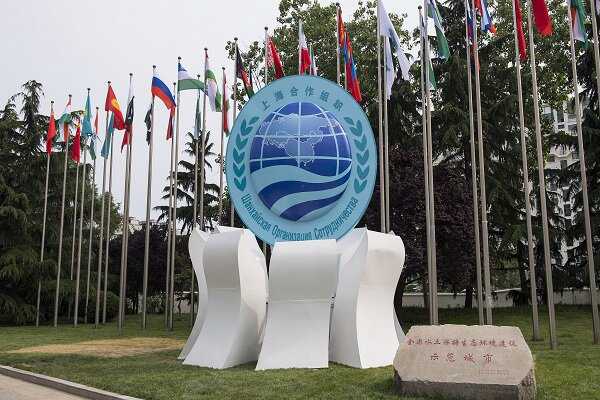 TEHRAN, September 15 (MNA) – A Chinese media in a report called Tehran's full membership in the Shanghai Cooperation Organization good news for both sides and in favor of the security of the Eurasian region.

September 15 marks the 20th anniversary of the Shanghai Cooperation Organization (SCO), and the SCO summit is scheduled for September 16-17.

Besides the events marking the anniversary, another event will be of equal importance: Iran's addition to the SCO, CGTN reported.

He also announced that Iran would soon join the SCO by the unanimous decision of the association's member states.

On the same day, Shamkhani tweeted, "Fortunately, political obstacles to Iran's membership in the Shanghai Agreement have been removed, and Iran's membership will be finalized through technical formalities." In 2001, SCO was established with six founding members.

It all began in 1996 with the "Shanghai Five" – ​​Kazakhstan, Kyrgyzstan, China, Russia and Tajikistan, and Uzbekistan soon joined it.

In 2017, India and Pakistan became members of this regional body dedicated to security, economy and humanitarian cooperation.

And it is likely that soon there will be nine members.

According to the report, the process of Iran's accession may take some time.

For example, for India and Pakistan, it took almost two years to complete their formal processes.

The official launch of the procedures for Iran's accession to the SCO should be recognized as a real breakthrough since the country has spent more than 10 years waiting for full membership.

The Chines media added that Tehran received observer status at the SCO back in 2005, after which it applied for full membership in 2008.

However, until 2015, Iran could not be admitted to the organization due to the existing international sanctions.

According to SCO rules, a country under the sanctions of the United Nations Security Council cannot become its member.

Those sanctions were lifted in 2015 when Tehran agreed to limit its nuclear program.

But even this did not open the doors for it to the SCO Unexpectedly, Tajikistan blocked the Iranian application.

However, some time ago, the parties resolved this conflict.

Iranian President Ebrahim Raeisi will personally fly to Dushanbe for the summit.

Moreover, this will be the first foreign trip since his election to the post in June this year.

According to the report, many experts agree that the proactive work of Moscow played a role in trying to soften Tajikistan's position on Iran's entry into the SCO During a meeting of the Council of Foreign Ministers of the SCO member states held in Dushanbe in July, Russia bluntly stated, "It is long overdue to positively consider Iran's application for membership in the organization." Stating that the main task of the SCO is to discuss and take joint measures on regional security issues, CGTN added that Iran is a powerful and influential state, without which it is impossible to resolve regional security problems fully.

For example, without Iran's participation, the situation in Afghanistan is unlikely to be solved.

Thus, Tehran's full membership in the body will confirm the obvious fact that Iran is a critical participant in ensuring regional stability and security, and the SCO is becoming the primary platform for this discussion.

Everyone will benefit from Iran's participation.

The report continues that even with the naked eye, it can be clearly observed that the SCO has become the most influential international organization to ensure regional security in Eurasia.

The most important thing in both international and personal relations is creating trust between the states or the people.

An atmosphere of trust can only be created with partners' joint efforts, and it is maintained through regular communication, extensive contacts and collaborative activities.

It is now becoming clear that creating an atmosphere of trust among the SCO members will undoubtedly be their collective and energetic actions to restore the situation in Afghanistan, which, with Iran's accession, will locate just in the very center of our region.

The presence of a predictable, stable and prosperous Afghanistan is in the interests of all its neighbors, CGTN's report added.

At the end of this report, it is emphasized that by joining the SCO, Iran will undoubtedly become closer to all its participants, working in numerous joint interstate commissions in business and humanitarian projects.

Both Iran and the SCO will become stronger, which will be in the interests of all the people living in the region.