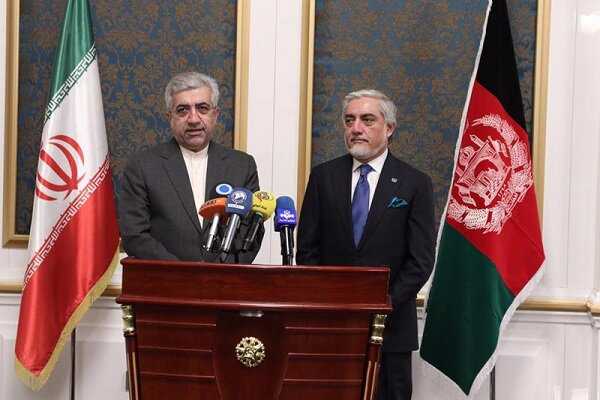 In this meeting, Ardakanian said that Iran and Afghanistan share wide fields for cooperation, adding, “Therefore, water issues such as the distribution of water in joint watershed areas as well as environmental protection has an important place in this regard.” Abdullah Abdullah, for his part, hailed his meeting with Ardakanian, adding, “So far, the cooperation in the field of renewable energy and wind energy, has been among the more discussed topics between Iranian and Afghan officials." "In this regard, the establishment of a joint economic commission by the Islamic Republic of Iran and the Iranian Minister of Energy is a positive step”, he added.

Referring to the establishment of a wind corridor at the Iran-Afghanistan joint border, Abdullah said, "The joint corridor of Iran and Afghanistan is the largest one in terms of wind capacity and renewable energy, therefore it is one important topic which is going to be discussed in 6th Joint Economic Committee meeting in Kabul." Elsewhere in his remarks, he spoke about the construction of the Khaf-Herat Railway and its role in the development of economic cooperation between the two countries, adding, “The project has reached the final stage and it is hoped that it will influence economic fields positively.” Addressing the Iranian Energy Minister in the meeting, Abdullah said, “Great preparation has been made for the joint meeting of Kabul, and we hope to achieve favorable results in the fields of electricity transmission, preferential tariffs, customs issues, and other areas." RHM/5051602