Why some seek to see Iran as warring party in Karabakh? 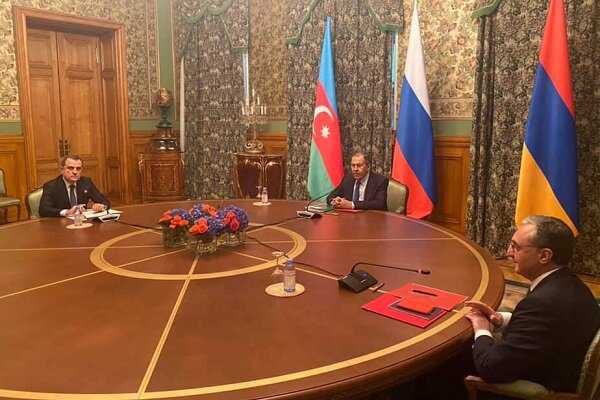 TEHRAN, October 19 (MNA) – Some are trying to get Iran to act in favor of one of the warring sides in the Nagorno-Karabakh conflict, putting Iran's position on the Armenia-Azerbaijan war in the spotlight.It has been almost 3 weeks since the outbreak of war between Armenia and the Republic of Azerbaijan.

The war was triggered as a result of the Nagorno-Karabakh conflict between the two sides.

Although there have been talks of a ceasefire several times during this period, no actual ceasefire has yet been established in this region, and military aggression continues between the two sides.

Contrary to the positions of various countries, the Islamic Republic of Iran has in recent weeks taken a principled, clear, and unequivocal position on the Nagorno-Karabakh conflict.

In fact, from the early hours of the outbreak of war between Armenia and Azerbaijan over the Nagorno-Karabakh region, Iran explicitly and without hesitation stressed the need for a peaceful settlement of the conflict between the two sides.

The Islamic Republic has always emphasized the need for a peaceful resolution of the Nagorno-Karabakh conflict and for the warring parties to stop considering the military option.

At the same time, Iran has also stressed the need for the warring sides to refrain from military actions.

Iran has explicitly stated that any military conflict between Armenia and Azerbaijan will disturb peace and stability in the region.

Following these principled positions, Tehran declared that if the war continued, it would be the civilians and the nations who would pay the price.

But the principled and clear positions of the Islamic Republic on the Nagorno-Karabakh conflict and the Armenian-Azerbaijani war did not end there, as Tehran warned the two sides of the dire consequences of the war.

In this regard, Tehran announced that the continuation of the Nagorno-Karabakh conflict would bring terrorist groups closer to the border areas. 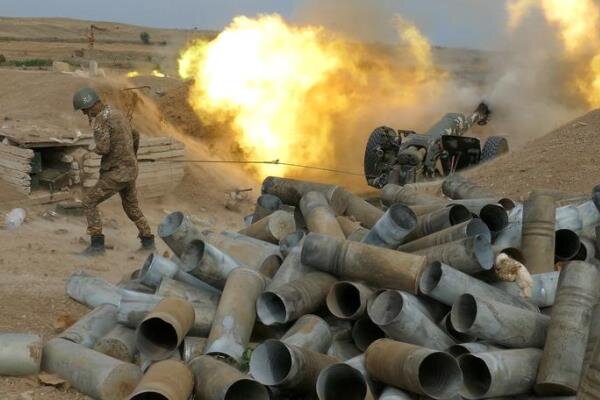 Another point to consider is Iran’s warning against foreign interventions and exploitations of the war between Armenia and Azerbaijan.

Already, the Zionists have taken advantage of the situation, which shows that the warnings that Tehran had previously given to the warring sides were completely correct.

Some are trying to get Iran to act in favor of one side of the Nagorno-Karabakh conflict.

There is also the expectation that Iran's approach will not be limited to diplomatic positions and political approaches such as condemnation or call for restraint, and will include a harsher discourse in a way that Tehran would be forced to take sides.

This expectation went so far as to put Iran's position on the Nagorno-Karabakh conflict in the spotlight.

How Tehran views this conflict and how it organizes its political behavior, political considerations, and national and Islamic interests were highlighted by some inside and outside groups.

Although Iran has taken into account both political and religious considerations in its positions, it still insists on the need for a diplomacy strategy of restraint and protection of civilian lives on both sides.

Calling for a ceasefire and warning against the presence of terrorist groups in the region, as well as insecurity, instability, and cost of war for civilians have been an important part of Iran's principled stance since the outbreak of the crisis.

However, taking this position did not prevent some Iranian people from getting emotionally involved in support of one of the parties.

While Iran's position on the Nagorno-Karabakh conflict was made clear in the message of the authorities and some religious officials, it did not side with any of the warring sides.

However, it seems that some inside the country are making every effort to use the current situation to tie Iran to one side of the conflict.

This group does not care which country Iran sides with; what it cares about is to get Iran involved in a case that must go beyond a partiality and act as a third party in resolving the crisis through peaceful means.

The group, either unknowingly or intentionally, had counted on the provocation of sentiments and feelings of people without any consideration or understanding of the field conditions and the main circles of the conflict.

However, the difference between a political approach and the expression of the feelings by part of the public does not mean a contradiction in a country's foreign policy.