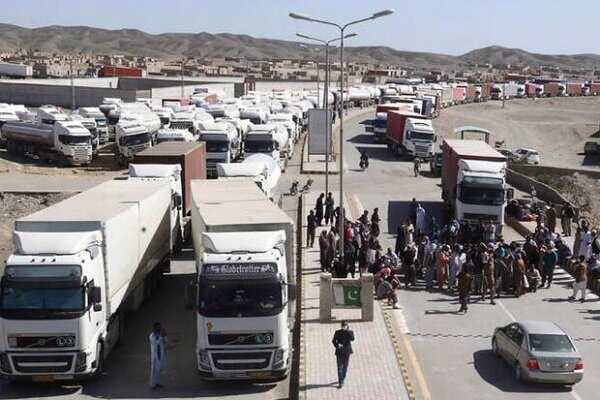 TEHRAN, October 19 (MNA) – Head of Road and Transportation Department of Sistan and Baluchestan Ayoub Kord said increasing economic exchanges at the province's border terminals with Pakistan's is a priority of his department.He made the remarks on the sidelines of his trip to Pakistan for taking part in the 8th meeting of the Joint Border Trade Committee between Iran's Baluchestan and Pakistan's Balochistan.

"Having land and water borders with Pakistan, Baluchestan province enjoys a special strategic and transit position," he said, "Development of trade and economic relations will bring both sides some interests." He noted that one of the most important goals of mutual trade agreements between Iran and Pakistan is to facilitate trade for traders and investors that contribute to the economic development of countries.

The 8th meeting of the Joint Border Trade Committee is to be held on 29 and 30 October in Quetta, Pakistan.

As reported, the development of markets on the border with Iran is also on the agenda of the Islamabad government.

On July 6, 2019, heading a high-ranking delegation, the former Iranian Minister of Industry, Mines, and Trade Reza Rahmani paid a visit to Pakistan to attend the 8th Iran-Pakistan Joint Trade Committee meeting and to explore avenues of economic cooperation with Pakistani officials.

At the time, the two sides signed a memorandum of understanding (MOU) for strengthening bilateral trade and economic ties and vowed to remove potential barriers in the way of mutual trade.

The MOU was signed by Reza Rahmani and Abdul Razak Dawood on the sidelines of the Joint Trade Committee meeting in Islamabad.

In November 2019, Observer of Pakistan’s Balochistan province Reza Baloch said that the government of Pakistan decided to launch four border marketplaces in a border shared with Iran for doing trade and business transactions as well as improving the livelihood of frontiersmen.