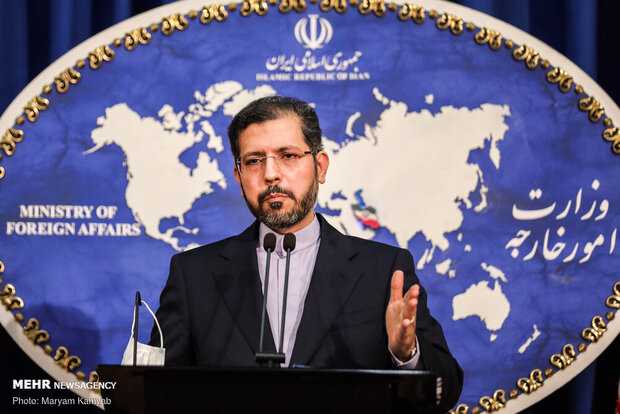 TEHRAN, October 24 (MNA) – Iranian Foreign Ministry Spokesman noted that the crisis in Libya must be resolved through a political settlement.Saeed Khatibzadeh welcomed the ceasefire declared between the parties involved in the crisis in Libya on Saturday.

He further appreciated the role of the United Nations and the Libyan negotiating parties in reaching an agreement and expressed hope that the ceasefire would be long-lasting and all parties fulfill their commitments.

Khatibzadeh also stress the need to prevent foreign interference in the negotiating process in Libya and reiterated Iran's opposition to a military solution and called for a political settlement for the country’s crisis.