'Wise' Sudanese will not betray Palestinian cause 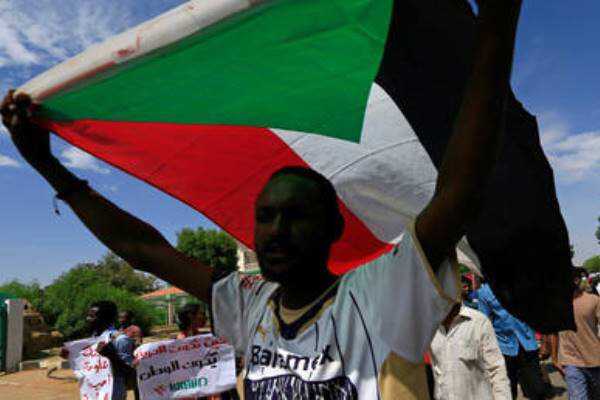 TEHRAN, October 24 (MNA) – Iranian Parliament Speaker's Special Aide for International Affairs has reacted to reports of tie normalization between Sudan and the Israeli regime."The authorities in #Sudan have declared normalization of relations w/ the Zionist Regime under the command of USA & in return for receiving $300 million from KSA,” tweeted Hossein Amir-Abdollahian on Saturday.

“Nevertheless, the wise Sudanese will never betray the cause of Al-Quds,” he highlighted as the Sudanese people have taken to streets to protest against the government’s move to normalize ties with Tel Aviv.

“#ISRAEL WILL HAVE NO PLACE IN OUR REGION,” added Amir-Abdollahian.

US President Donald Trump announced on Friday that Khartoum and Tel Aviv will normalize ties, boasting the move as another ‘victory’ for his administration ahead of the November Election.

US has long put pressure on Sudan over tie-normalization and has vowed to remove Sudan from an American list of state sponsors of terrorism.

This will not be a full diplomatic recognition.

As part of the deal for coming off the list, Sudan has agreed to pay $335 million in compensation to victims of the 1998 bombings of US embassies in Kenya and Tanzania and the 2000 attack on the destroyer Cole.

Sudan is afraid of its people's reaction to the deal.

Abdalla Hamdok, Prime minister of Sudan, welcomed the American decision to take Sudan off the terrorism list, but made no mention of his country’s move toward Israel.

Palestinian groups have strongly condemned the new tie normalization as a stab in the back and betrayal to the Palestinian cause.