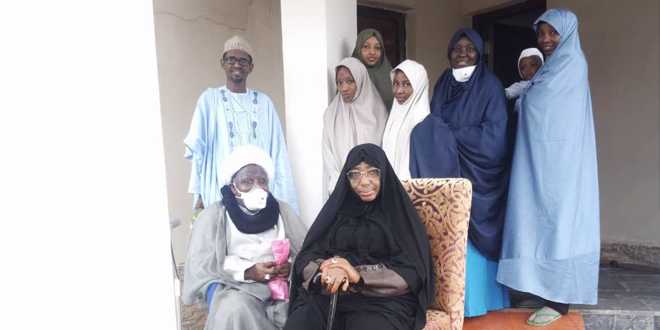 Leader of the Islamic Movement in Nigeria Sheikh Ibrahim Zakzaky and his wife were acquitted by a court in Nigeria’s central state of Kaduna of all the charges levelled against them.

The trial at the Kaduna State High Court started on May 15, 2018 and dragged on for over three years.

The high court issued its final verdict on Wednesday, Ishaq Adam Ishaq, their lawyer, said in a statement.

They were released from detention following the ruling, he added.

“At last, we defeated them.

We won,” hailed the legal representative, adding, “They have gained their freedom.

They are now freed and with us.” Zakzaky and his wife, Mallimah Zeenat, were standing trial in the court on an eight-count charge of alleged culpable homicide, disruption of public peace and unlawful assembly among others levelled against them by the Kaduna state government.

They had pleaded not guilty.

In December 2015, Nigeria’s military launched a crackdown as part of a deadly state-ordered escalation targeting the movement that Abuja has branded as ‘illegal’.

The campaign saw the troops attacking Zakzaky’s residence in the town of Zaria in Kaduna, afflicting him and his wife with serious injuries that reportedly caused the cleric to lose his left eye.