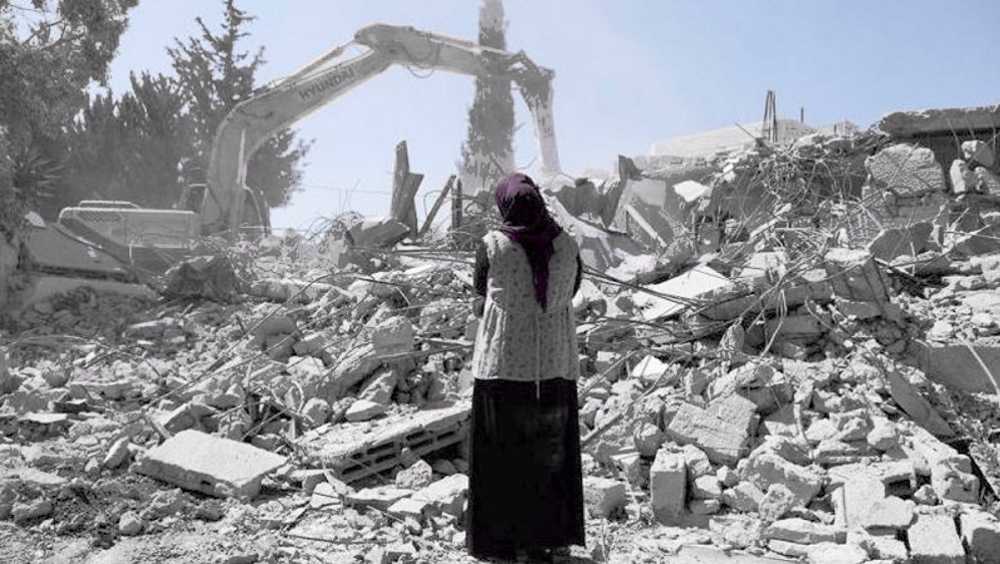 The Palestinian resistance movement Hamas says what Israel is doing in demolishing Palestinian homes and displacing women and children is “a war crime” that can be punished under international law. In a press release on Monday, Hamas lambasted as “a war crime” Israel’s persisting campaign of demolishing Palestinian homes in the occupied East Jerusalem al-Quds and displacing their occupants, including women and children.

Such a crime, Hamas said, would be “punishable under international law, which stipulates the provision of protection and assistance for the population under occupation,” the

The Israeli regime’s “policy of emptying Jerusalem [al-Quds] of its people and imposing Judaization on the city will fail, and Jerusalem [al-Quds] will remain the capital of Palestine, bearing its Arab and Islamic identity,” the resistance movement stressed.

The house was located in Silwan neighborhood in East Jerusalem al-Quds, the demolition of which displaced 17 individuals of Elyan’s family, including 12 children.

The resistance movement said the measure was aimed at punishing Elyan for his role in defending and guarding the mosque.

Israeli authorities usually demolish Palestinian homes in the occupied West Bank, claiming that the structures have been built without permits, which are nearly impossible to obtain.

They also sometimes order Palestinian owners to demolish their own homes or pay the demolition costs to the municipality if they do not.

Israeli demolitions displaced over 800 Palestinian this year: Advocacy group
Over 800 Palestinians are reportedly left homeless by Israeli demolitions so far this year, an advocacy group says.
Israel occupied East Jerusalem al-Quds, the West Bank, and the Gaza Strip – territories the Palestinians want for their future state – during the six-day war in 1967
Original Article Source: Press TV | Published on Monday, 22 February 2021 18:35 (about 12 days ago)