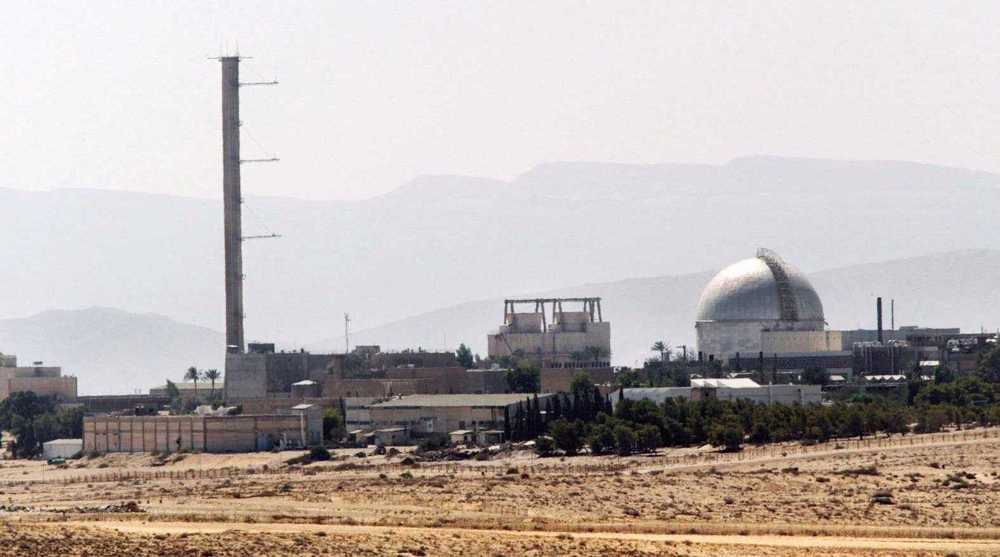 Iran’s representative to Vienna-based international organizations raises the alarm at Israel’s highly secretive nuclear activities as a threat to global security, saying the world community should pressure the regime into joining the Non-Proliferation Treaty (NPT) “swiftly” and “unconditionally.” Addressing a meeting of the 35-nation Board of Governors of the International Atomic Energy Agency (IAEA) on Friday, Kazem Gharibabadi singled out Israel as the only party in the Middle East that has refused to join the NPT, thus preventing the treaty from extending to all parts of the globe.

The regime, he warned, has been expanding its clandestine nuclear capabilities in entire disregard of international rules and norms, something that poses a serious threat to global peace and stability.

He said the international community “has no other option but to put constant pressure on the regime in Israel to make it join the NPT swiftly and unconditionally” and place its atomic activities and sites under the provisions of the IAEA’s safeguards system, which allows inspection and verification of the peaceful uses of nuclear materials.

In a letter to the UN, Iran urges the world body to condemn Israel’s nuclear threat against the Islamic Republic and bring its atomic program under its supervision.
That is the sole way to resolve the “nuclear crisis” gripping the Middle East, added Gharibabadi.

Israel is believed to be the only possessor of nukes in the Middle East and estimated to have between 200 and 400 nuclear warheads in its arsenal.

The regime, however, pursues a policy of nuclear opacity under which it neither confirms nor denies possession of nuclear arms.

Gharibabadi said the two regimes have in force the so-called Small Quantities Protocol, which exempts them from authorizing IAEA inspections on the basis that they have very little nuclear material and very few nuclear activities.

“As long as they (Saudi Arabia and the UAE) fail to scrap the protocol as repeatedly demanded by the IAEA’s Secretariat, they will not feel duty-bound to implement the Comprehensive Safeguards Agreements completely and effectively,” he said.

Riyadh and Abu Dhabi’s refusal to adhere to the safeguards agreements, while their nuclear programs are rapidly advancing, will help them hide parts of their activities in the absence of international inspections, he cautioned.

Gharibabadi criticized the so-called advocates of nuclear non-proliferation for turning a blind eye to Saudi Arabia and the UAE’s non-compliance with the IAEA’s safeguards system and still helping them increase their nuclear capabilities.

Iran diplomat: Saudis must drop blame game if they want to develop nuclear weapons
Iran’s representative to Vienna-based international organizations says Saudi officials should stop engaging in blame-shifting if Riyadh is down the path of developing nuclear weapons.
The UAE has made huge investments in developing its nuclear program in recent years.

The kingdom, in August, announced the start-up operations in the first of four reactors at the Barakah nuclear power station, the first nuclear power plant in the Arab world.

Experts have, however, raised concerns about potential risks that the plant could pose to the environment and regional security.

Saudi Arabia’s nuclear ambitions have also prompted worries in the global community over the past few years, especially after Saudi Crown Prince Mohammed bin Salman hinted in 2018 that the kingdom may go for nukes.

Widespread reports of Saudi Arabia’s undeclared nuclear activities were confirmed in August, when satellite images revealed a large compound in a suspicious location in the heart of the desert.

The Wall Street Journal, citing Western officials, reported that Saudi Arabia had built a facility, with foreign aid, for extraction of yellowcake from uranium ore near the remote town of al-Ula