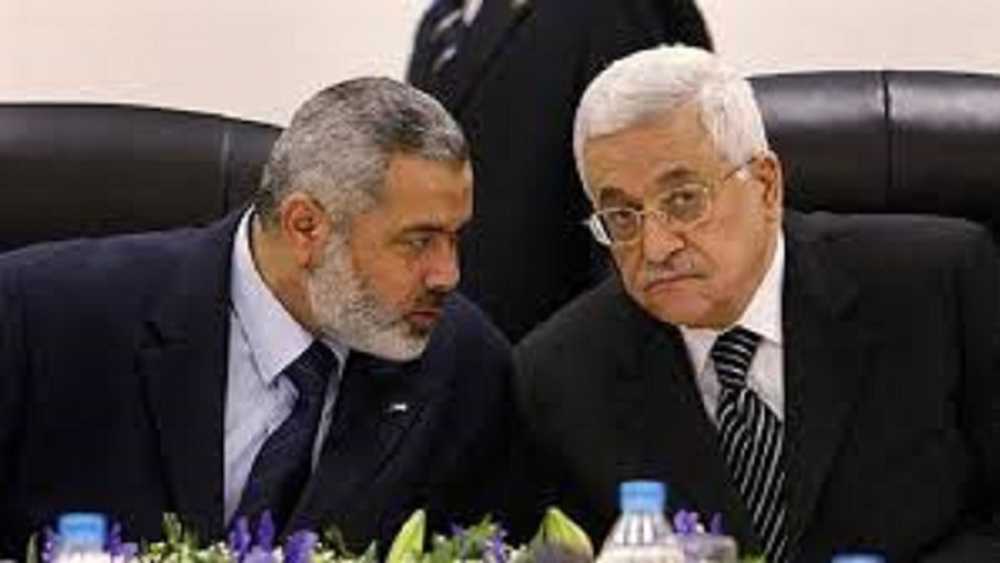 The Gaza-based Palestinian resistance movement Hamas has reached a deal with Fatah, which rules the West Bank, to hold first general elections in nearly 15 years. Sources from both sides were quoted by AFP on Thursday as saying that parliamentary and presidential polls will be scheduled within six months under the accord reached between Fatah's leader, Mahmoud Abbas, and Hamas political chief, Ismail Haniyeh.

"We have agreed to first hold legislative elections, then presidential elections of the Palestinian Authority, and finally the central council of the Palestine Liberation Organization (PLO)," said Jibril Rajub, a senior Fatah official.

Meanwhile, Saleh al-Arouri, a top Hamas official, for his part, confirmed the deal was reached during meetings held between the two sides in Turkey.

"This time we reached a real consensus," the Hamas official said, adding, "Divisions have damaged our national cause and we are working to end that."

Representatives of the two major groups met in Turkey on Tuesday for talks on inter-Palestinian reconciliation and implementing the outcomes of previous meetings, which took place in the Palestinian West Bank city of Ramallah and the Lebanese capital Beirut earlier this month.

Prior to the meeting on Tuesday, a Palestinian source confirmed that the dates for a general election in the West Bank and Gaza Strip would be discussed.

"If the meeting is successful, President Mahmoud Abbas will issue a presidential decree within the following days announcing the date for a general election," the unnamed source said at the time.

The Palestinian leadership has been divided between Fatah and Hamas since 2006, when the latter scored a landslide victory in parliamentary elections in the Gaza Strip.

Hamas has ever since been running the coastal enclave, while Fatah has been based in the autonomous parts the Israeli-occupied West Bank.

Previous reconciliation attempts by the two sides to form a power-sharing unity government in Gaza and the West Bank have failed.

Hamas has repeatedly said it is ready to accept key reconciliation conditions offered by Abbas while underlining its “desire to achieve national unity.”

However, Israeli prime minister Benjamin Netanyahu's much-publicized land grab plan, without clarifications, failed to be launched on the set date amid widening differences within the Israeli ruling coalition and against the backdrop of massive international opposition to the highly-provocative attempt.

Israeli land grab plan aggression against Palestinians: Hezbollah, Hamas
Hamas and Hezbollah blast Israel’s plan to annex parts of the West Bank as an act of “aggression against the Palestinian people.”
Israel’s unilateral annexation moves have faced a near-unanimous opposition from the international community, including the European Union (EU).

US President Donald Trump’s scheme, unveiled in January, largely gives in to Israel’s demands while creating a Palestinian state with limited control over its own security and borders, enshrining the occupied Jerusalem al-Quds as Israel’s “capital” and allowing the regime to annex settlements in the West Bank and the Jordan Valley.

According to the so-called peace plan, the future Palestinian state will consist of scattered lands linked together via bridges and tunnels.

Europe's 50 ex-FMs, leaders say Trump 'deal of century' akin to ‘apartheid’
Fifty former European foreign ministers and leaders have denounced the US president’s so-called deal of the century as akin to "apartheid".
The recent talks between Palestinian factions have also been inspired by the treacherous step taken by two Persian Gulf Arab states -- the United Arab Emirates (UAE) and Bahrain -- to normalize their ties with Israel.  Palestine has recently decided not to assume the rotating presidency of the Council of the Arab League after the pan-Arab body turned down a Palestinian call to condemn contentious US-mediated normalization deals that the UAE and Bahrain signed with Israel.

The so-called Arab Peace Initiative, which was proposed by Saudi Arabia in 2002, calls on Israel to agree to a “two-state solution” along the 1967 lines and a “just” solution to the Palestinian refugee issue