Iran to continue progress, development despite US sanctions 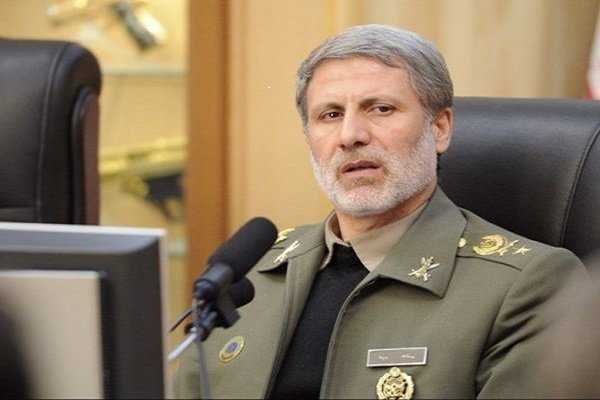 TEHRAN, January 10 (MNA) – Iran’s Minister of Defense (MoD) Brigadier General Amir Hatami said that Islamic Republic of Iran will continue its progress and development in spite of all hostilities of the United States and unjust sanctions imposed against the country.

January 10 at the head of a high-ranking delegation.

After meeting with Mauritanian president, Hatami held talks with his Mauritanian Minister of Defense Mohamed Ghazouani.

In this meeting, Iranian minister of defense pointed to the religious and cultural commonalities between the two countries and said, “suitable way has been paved for developing bilateral relationship in relevant field.” He reiterated that Islamic Republic of Iran will go ahead its development and progress despite all animosities and cruel sanctions of the United States waged against Iran.

He pointed to the salient scientific achievements of the country and said, “Islamic Republic of Iran is ready to provide all Muslim countries [including Mauritania] with scientific and technological achievements.” For his part, Mauritanian Minister of Defense Mohamed Ghazouani emphasized on the existence of several commonalities between the two countries and added, “despite cultural proximity of the two countries, it is essential that official relationship between Iran and Mauritania would be developed significantly.” He pointed to the high power of the Islamic Republic of Iran in the regional and international levels and said, “Iran’s high power is tantamount to the power of whole Islamic world.” Mauritanian defense minister also appreciated salient measures taken by the Islamic Republic of Iran in the international level especially in the field of countering terrorism.

In this bilateral meeting, the two sides once again stressed for broadening and enhancing mutual relationship.