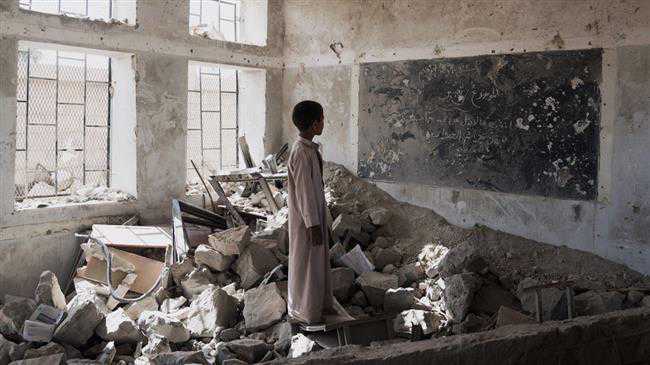 Iran’s President Hassan Rouhani has underlined the need for global consultations on war-ravaged and displaced people of the world, especially the oppressed nations of Palestine and Yemen.

President Rouhani made the remarks in a Wednesday meeting with South African Minister of International Relations and Cooperation Naledi Pandor in Tehran.

Yemen death toll five times higher than UN estimates
UN rapporteurs urged to uncover Israeli crimes against Palestinians
He also referred to Washington’s economic war against the Iranian nation following its unlawful withdrawal from the 2015 nuclear deal, officially known as the Joint Comprehensive Plan of Action (JCPOA) and called on the international community to stand up to the US actions, which he said are to the detriment of all, including the United States itself.

“We hope all our friends around the world, including South Africa, will take a more decisive stance against the US’ illegal and inhumane actions towards the Iranian nation which even include food and medicine sanctions,” Rouhani said.

The South African minister, for her part, praised Tehran for remaining committed to the JCPOA, and urged the US to return to the deal and end sanctions on Iran.

Despite what the US claims, Iran says Washington’s sanctions are targeting the Iranian nation's access to medicines and treatment services, which amounts to economic terrorism according to Foreign Minister Mohammad Javad Zarif.

Washington's so-called "maximum pressure" campaign has barred Iranian citizens from carrying out financial transactions in the medical sector, preventing them from purchasing medical equipment and instruments, he added.

Tensions have been running high between Iran and the United States since May 2018, when Trump unilaterally withdrew his country from the multilateral nuclear deal with Iran, and unleashed the “toughest ever” sanctions against the Islamic Republic.

Since quitting the landmark nuclear deal with Iran, the Trump administration has been imposing sanctions against Iran to force it into negotiating a new deal that addresses its ballistic missile program and regional influence