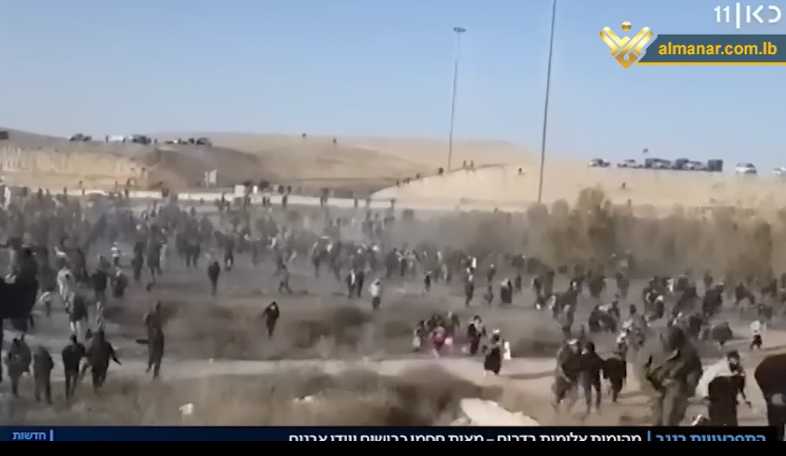 Palestinian protestors from the Bedouins continued their clashes with the Zionist occupation police in Negev after the enemy seized more of their lands in the north of the desert under the pretext of a tree-planting project.

Protesters have held a series of demonstrations in recent days over the occupation plot.

Six Zionist policemen were injured in the clashes, and around 13 of the Palestinian protesters were arrested.

Zionist analysts drew a similarity between the clashes in Negev an those which occurred in occupied Al-Quds last year and led to the Al-Quds Shield battle between the Israeli occupation forces and the Palestinian resistance.

Meanwhile, the Islamic Jihad Movement in Gaza held after the Friday Prayers an event of solidarity with the Bedouin protestors to confirm the unity of the Palestinian case.