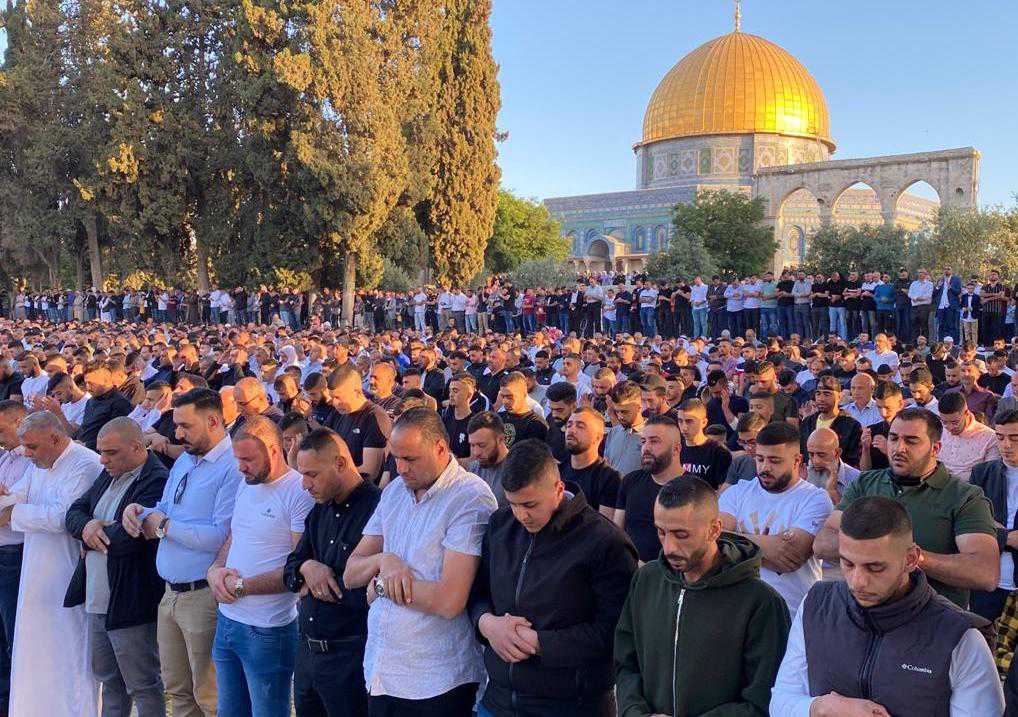 The worshipers made their way in the early morning hours to the mosque compound to attend the prayers of Eid al-Adha, the Feast of the Sacrifice in English, which began at sunset on July 19, and runs for four days to commemorate the Prophet Abraham's willingness to sacrifice his son in obedience to God.

After being denied access to the mosque compound by the Israeli occupation authorities, scores of Jerusalemites performed the Eid prayer in the vicinity of Bab al-Asbat.