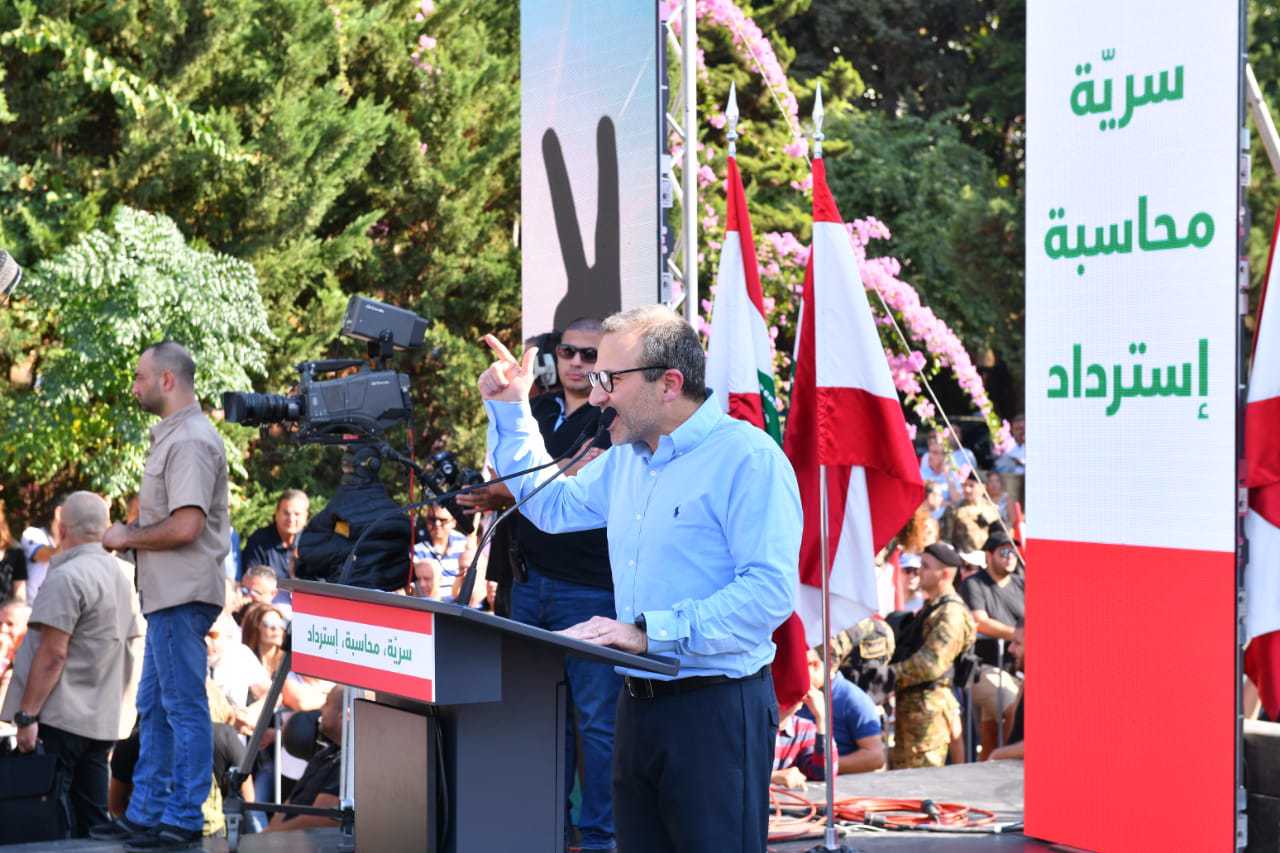 Head of Lebanon's Free Patriotic Movement Gebran Bassil said on Sunday it was “unfair to be wronged twice, once by the symbols of corruption and another by its victims.” Bassil, who is the caretaker foreign minister, was addressing crowds who gathered today along the road to Baabda Presidential Palace in support of President Michel Aoun.

'We have started a popular movement to achieve complete change and you should partner with us.

I called it ‘turning the table’ and the people preceded us…We are here to strengthen the people and to be with them,” he said as quoted by the National News Agency (NNA).

He added: “The revolution is an uprising against injustice, but the revolution cannot be unfair otherwise it will end.

It is not fair to be wronged twice, once by the symbols of corruption and another by the victims of corruption.” Bassil highlighted the need for accountability, instead of generalizing the unfair concept that all are corrupt.

“We are not all corrupt.

The corrupt are those who built their palaces from the money of the state and the people,' he underscored.

“There are difficult days ahead,” Bassil went on.

“The people of treason are few in our ranks.

In huge crises, two things arise: fear and we can understand it, and treason which we cannot comprehend and which has not justification,” he emphasized.

“I say that we are living an economic October 13th, and after each dark cloud the sun will shine, and the Free Patriotic Movement was and will remain Lebanon’s sunshine,' Bassil corroborated.