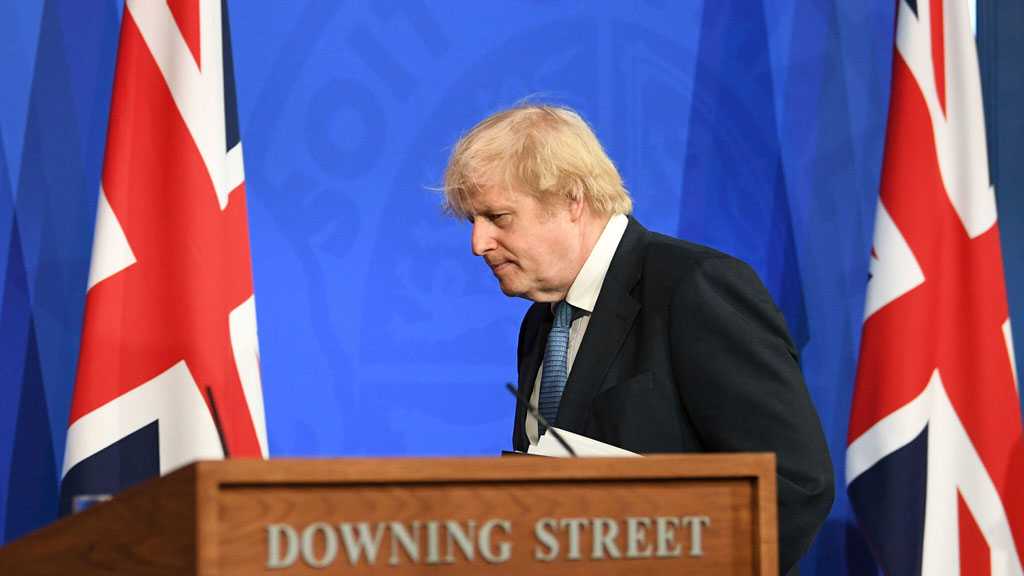 By Staff, Agencies Palestine said relations with Britain have reached a “low point” after Prime Minister Boris Johnson announced that he opposed an International Criminal Court [ICC] investigation into war crimes in the ‘Israeli’-occupied territories. Johnson’s comments, made in a letter to the Conservative Friends of ‘Israel’ lobby group in the UK, said that while his government had “respect [for] the independence” of the court, it opposed this particular inquiry into ‘Israel.’ “This investigation gives the impression of being a partial and prejudicial attack on a friend and ally of the UK,” he wrote.

In a statement posted on the website of its diplomatic mission to the UK, Palestine said the letter was a “deeply regrettable” contradiction of international law and previous British policy.

“It marks a low point in UK-Palestine relations and undermines the UK’s credibility on the international stage,” it said.

“It is clear that the UK now believes ‘Israel’ is above the law.

There is no other interpretation of a statement that gives carte blanche to ‘Israel’.” It added: “On the one hand, Prime Minister Johnson claims to support the mission of the ICC On the other, he seems to argue that its mission cannot extend to ‘Israel’ because it is a ‘friend and an ally’ of the UK” The formal inquiry into atrocities in the occupied West Bank, East al-Quds and the Gaza Strip was launched last month and is expected to cover the 2014 Gaza war, the 2018 Gaza border clashes and ‘Israeli’ settlement building in the West Bank.

In his letter, Johnson backed the Zionist claims that the court has no jurisdiction to investigate because “‘Israel’ is not a party to the statute of Rome [that established the court] and Palestine is ‘not’ a sovereign state.” The court rejects this, pointing to Palestine’s status as a UN “non-member observer state” and prosecutors’ abilities to investigate people from sides that are not signatories.

In its statement, Palestine said that when it joined the court the UK raised no objection, and it had every right to pursue claims on behalf of victims