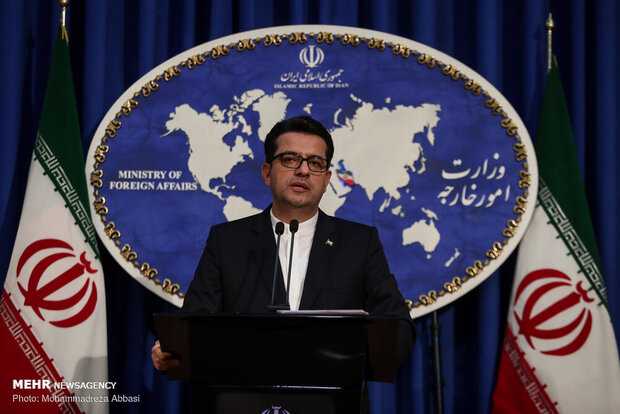 TEHRAN, June 17 (MNA) – Iranian Foreign Ministry spokesman Seyyed Abbas Mousavi, in a statement, slammed the United Nations' dual approach vis-a-vis human rights after the UN chief removed the Saudi-led military coalition that has waged a deadly war on Yemen from the blacklist of violators of child rights.Mousavi deplored the UN secretary-general’s decision to remove the Saudi-led coalition from the blacklist of those violating children’s rights.

“The UN secretary-general has omitted the name of Saudi-led coalition from the list of child-murderers while, as acknowledged by international organizations, a large number of Yemeni children and teenagers have died in catastrophes such as bomb attacks on buses carrying students and aerial bombing of residential houses, schools, and hospitals, whose tragic news and images are undeniable.” The spokesperson said such measures by the UN are not unprecedented, as, in 2015, the then secretary-general of the United Nations had removed Saudi Arabia from the same blacklist of children’s rights violators arguing that Saudi Arabia had threatened to cut off funding to the UN “Unfortunately, some in the United Nations is seeking to sanctify that country’s (Saudi Arabia’s) crimes against Yemeni children and women with Saudi dollars, while the United Nations Office for the Coordination of Humanitarian Affairs has announced that a Yemeni child dies every 10 minutes of the consequences of the war and blockade imposed on Yemen by the Saudi-led coalition,” Mousavi added.

The Iranian spokesman further denounced the “shocking and disgusting” logic behind the decision to remove Saudi Arabia from the blacklist of violators of children’s rights in armed conflict because the Saudi-led coalition was responsible for the death or injury of “only 222 children” in 2019.

“The result obtained logically is that the death and injury of this number of children is either unimportant for the secretariat of that organization (the UN) or the casualties at the hands of a country like Saudi Arabia are deemed to be a praiseworthy progress compared to the past record, which is another evidence that there are selective approaches and double standards on human rights,” the Iranian spokesperson stated, IFP reported.

On Tuesday, the UN secretary-general removed the Saudi-led coalition from his latest “list of shame” despite continued grave violations against children in Yemen.

Antonio Guterres also ignored violations by other parties, including the United States and Israel, by omitting them from his list.