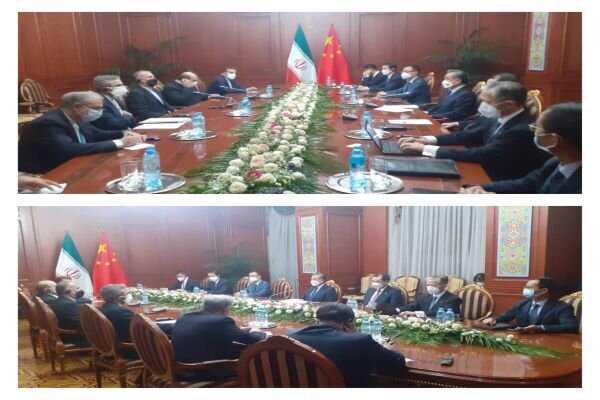 A meeting was held between Iranian Foreign Minister Hossein Amir-Abdollahian and Chinese Foreign Minister Wang Yi On the sidelines of the Shanghai Cooperation Organisation (SCO) summit which is being held in Tajikistan, Referring to the Asian-oriented foreign policy of the government of Ebrahim Raeisi, Amir-Abdollahian stressed the determination of the Islamic Republic of Iran to advance relations with China based on the 25-year Cooperation Program signed by Tehran and Beijing.

Wang Yi considered the implementation of the 25-year cooperation agreement as an important roadmap for bilateral relations.

He stressed China's determination to fully develop relations with the Islamic Republic of Iran.