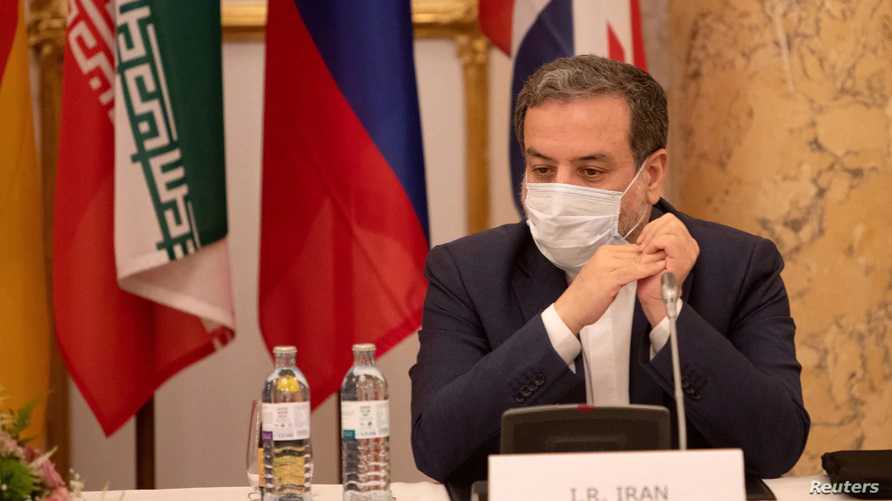 that it seems a new agreement is being formed in JCPOA talks in Vienna and that the time is now ripe to jot down the text of the agreement.

'The parties can start working on a joint text,' Abbas Araqchi said after the JCPOA joint meeting in Vienna, noting that a new understanding is emerging.

Expressing satisfaction about the held talks in the meeting, he informed that the participants reviewed the progress of the discussions, lifting sanctions and nuclear issues as well as the reports prepared by the working groups.

'A new understanding is being formed and now there is a common ground among us.

The path to be taken is now a known one,' he said.

'Of course, this will not be an easy path, and disagreements are not over,' he said, 'There are some serious disagreements that should be alleviated during the upcoming negotiations.' 'Iran is not fond of talks of attrition,' he underlined.

Araqchi added that negotiations have now reached a stage where the parties can start working on a joint text.

He informed that writing of the text could begin now, at least in areas where everyone accords.

Iran, as he said, has prepared its intended text and has present it to other parties to be discussed in the next round of talks.

He hoped that the prepared text would be a start for reaching an agreement that meets Iran's interests and makes the other parties committed to their obligations.

'In our opinion, it is time to start writing the text, at least to the extent that there is a joint understanding,' he said.

The meeting of the Joint Commission of the JCPOA, which started an hour ago at the level of deputies with the presence of the Iranian delegations and the P4 + 1 in Vienna, ended a few minutes ago.

Attendees reviewed the talks over the past few days and received reports from expert groups on sanctions and nuclear issues.

At the meeting, it was decided that bilateral and multilateral talks, as well as technical consultations, would continue in the coming days and that the joint commission would be held again if necessary.

The previous round of the meeting was held on Thursday