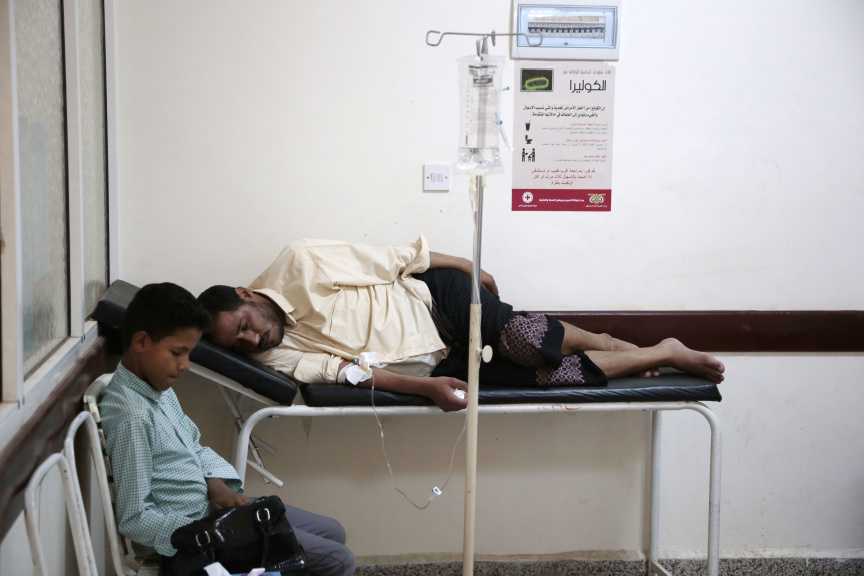 Yemen-Press Yemen is grappling with a new outbreak of dengue fever, The International Committee of Red Cross Yemen (ICRC) warned on Monday, adding to its woes of war and cholera caused by devastating Saudi-led aggression. Robert Mardini, the ICRC´s UN observer, told journalists that the Arab world´s poorest nation faces “a very dire humanitarian situation.” He said it is not only facing an escalation in dengue cases but must also deal with tens of thousands of cholera cases as well as malaria.

According to Mardini, over 3,500 cases of dengue have been reported in Taiz.

In Hudaydah, where the country´s main port is located, the ICRC heard that 50 people died in late October and early November of dengue fever and malaria.

Besides, Mardini said, over 56,000 cholera cases were reported between January and September.

The new epidemic adds to the problems of the impoverished country’s war-hit people, who are already war gripped by a deadly outbreak of Cholera.

In October, the World Health Organization (WHO) announced cholera has killed more than 910 people in Yemen since January and nearly 700,000 suspected cholera cases have been reported.

It added that it had also received reports of 696,537 suspected cholera cases during the same period.

“Children under the age of five constitute 25.5 percent of the total suspected cases of cholera,” WHO further said, noting that 305 out of 333 districts in Yemen have been reported as having the epidemic.

The agency also pointed out that due to heavy rains there was an expected increase in the coming weeks in cases of suspected cholera in some provinces, including Hudaydah in the west, Lahij in the southwest, Ibb in the central-west as well as the capital Sana’a.

Cholera is an acute diarrheal infection that spreads through contaminated food or water.

It can be effectively treated with the immediate replacement of lost fluids and salts, but without treatment, it can be fatal.

Cholera infection first became epidemic in Yemen in October 2016 and spread until December the same year, when it dwindled.

The second outbreak began in the country in April 2017, the worst cholera outbreak in Yemen’s modern history.

More than 2,500 people died of the infection within eight months that year.