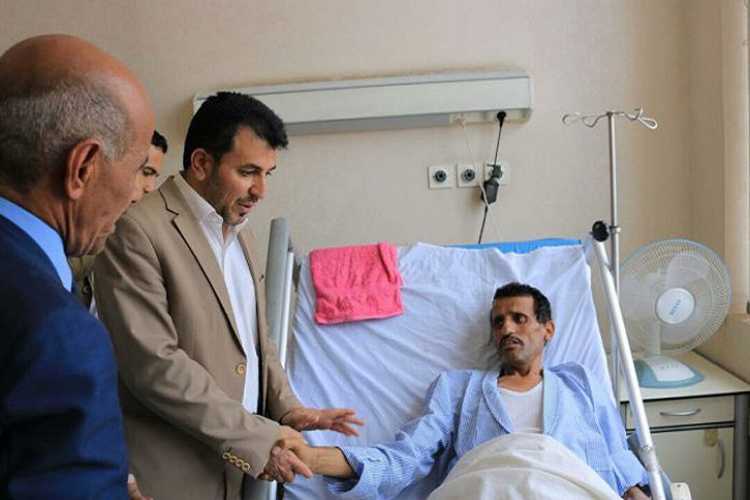 Yemen-Press Minister of Health Dr Taha Al-Mutawakil called on the United Nations to speed up the implementation of the Air Medical Bridge to transport critical medical conditions for treatment abroad.

Al-Mutawakil told Al-Masirah TV that tens of thousands of patients are suffering because of the lack of potential in the country, and there are at least 30 thousand patients annually need treatment outside Yemen.

He said that 'there are many agreements with the United Nations for the transfer of critical cases and in the last minute the US-Saudi aggression prevents the arrival of aircrafts to the airport in Sana'a.' He pointed to a number of patients who were to be transferred within the Air Medical Bridge from the first batch died as a result of the aggression prevented transfer to receive treatment.

He added that a number of these patients are now in some hotels in the capital and are waiting to travel, yesterday there were understandings with the United Nations to transport them and we hope that they will.

For his part, Director General of Sana'a International Airport Khaled Al-Shaif said that 'the rate of flights of the United Nations, the Red Cross and Doctors Without Borders at Sana'a airport are about 3 flights a day, equivalent to 1300 flights a year.' In the same context, the coordinator of the Higher Medical Committee of the Air Medical Bridge, Yahya Al-Hamdani, said that the more than 20 patients who were scheduled to be transported via the air medical bridge have died as a result of the Blockade on Sana'a Int.

He added that 'we are surprised every day when contacting the families of patients just to find out that the have died.

Countries of the aggression have prevented flights for critical cases from Sana'a airport at least six times, the latest twenty days ago