US knows Iran not to bend to its wishes 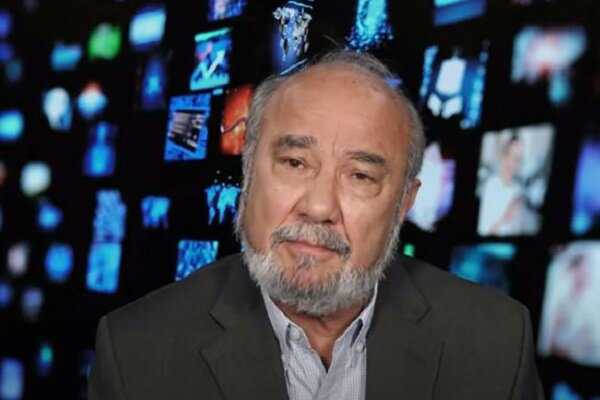 Askari says that the US is after an interim nuclear agreement because it knows Iran will not put aside its 3 justified demands and not bend to Washington's wishes.

In recent weeks, there were some reports that the US National security adviser Jake Sullivan raised with his Zionist counterpart the idea of an interim agreement with Iran to buy more time for nuclear negotiations.

Meanwhile, the United States envoy for Iran who traveled to Bahrain claimed Friday that Tehran was approaching the point of no return for reviving a nuclear deal after it boosted its stocks of enriched uranium before talks resume this month.

Robert Malley claimed Iran risked making it “impossible” to gain any benefit from resuming the agreement.

His visit to the region comes at a time when Iran has recently agreed to start Vienna talks on November 29 aimed at lifting illegal and inhumane sanctions in a verifiable manner rather than on further discussions on Iran’s nuclear program.

To shed light on the issue, we reached out to Professor Hossein Askari, Economist, Emeritus Professor of Business and International Affairs at George Washington University.

Following is the text of the interview with him: Why Washington puts forward this suggestion of interim agreement just a couple of days before the beginning of the Vienna talks? In fact, what is the US after? Let me start by saying that this is not a recent US proposal.

It has been discussed for some time.

The US recognizes that Iran will not bend to its wishes.

Namely, go back to 2018 without any compensation for US withdrawal from the JCPOA, without the lifting of all sanctions, that is sanctions that were re-imposed and new Trump sanctions, and without some reasonable guarantee that the agreement would not be abrogated again.

While Iran stands by these three demands, demands that to me are absolutely justified, Biden feels that he cannot deliver these even if he wanted to.

His presidency is weak and the Israeli and the Persian Gulf Arab lobby would come down on him like a ton of bricks and his domestic agenda blown up.

Iran has to accept that it has done almost nothing to win the hearts and minds of the West, especially those in the United States, while Israel and Persian Gulf Arabs have lobbied against Iran to no end.

So given these realities, Biden still wants to have some sort of an agreement with Iran and avoid armed conflict in the region.

It was also a campaign point for him.

So he feels that by giving Iranians a small bite of what sanctions relief could do, he might put more pressure on Tehran to moderate its three principal demands.

At the same time, an interim agreement would give inspectors better access to Iranian facilities.

And according to some experts, Iran is not that close to having a deliverable bomb and in my view, Iran does not even want a bomb.

So there is no hurry to go back to the JCPOA as it was.

So an interim agreement may be the most likely to succeed given American and Iranian realities and positions.

While the US says it wants a quick return to talks, won't such suggestions complicate the negotiations? No.

As I have just said, the realities are such that a full agreement may be out of reach.

So a partial agreement may be better than nothing.

And it may soften Iranian demands.

But I must add that the pressure on Biden is quite intense not to give Iran too much but to also get an agreement if he wants to avoid a military conflict as Israel is ready to start a full-blown conflict.

Also, please remember that Biden has a long history of pro-Israeli decisions.

In the meantime, the contours of the JCPOA have changed.

It is no longer the P5+1 along with the European Union.

Israel is a de facto member, so it is +2, and the Saudis and Emiratis are trying to get more and more involved also.

As you may recall, the French have even proposed that Saudi Arabia should become a participant! So as time goes by, negotiations are getting more complicated.

This is ironic and duplicitous to the max.

The US and Israel will not acknowledge its warheads.

The US will say nothing because under US law it could not give Israel aid.

And yet Israel and its American allies are a de facto and open negotiator against Iran to prevent it from a partial, much less a full nuclear program! It is important that the world is hammered with certain facts that the average Westerner does not know.

The moral support for the pronouncements and practices of the nuclear powers is nothing short of ridiculous.

How do you assess the IAEA's new report on Iran just days before beginning Vienna talks? Clearly, the IAEA report is designed to put increased pressure on Iran to soften its demands at the negotiating table.

Hoping that it will stiffen the demands of the P5+1 and increase Iran’s willingness to further cooperate with its inspectors.

In the end, I would like to add that Iran must have a comprehensive and well-formulated plan to counter the barrage of negative press and attacks it receives to improve its international image.

Iran has not done a good job in the ongoing media war.

Iran needs a well-conceived plan put together by Iranians who have lived in the West all their lives and who understand the Western mentality, political system and media.

Such a plan and its professional implementation are as important for Iran as its national defense.

Iran does not have a bomb.

Iran has vowed not to develop a bomb.

Iranians have not attacked the United States.

Iran has cooperated with the US in Afghanistan and in Iraq.

Iranians have suffered under sanctions as if they were engaged in a war.

But the average Westerner is not aware of such simple facts.

They see Iran through a highly distorted lens.