Blair criticism of Riyadh similar to that of Trump, Biden's 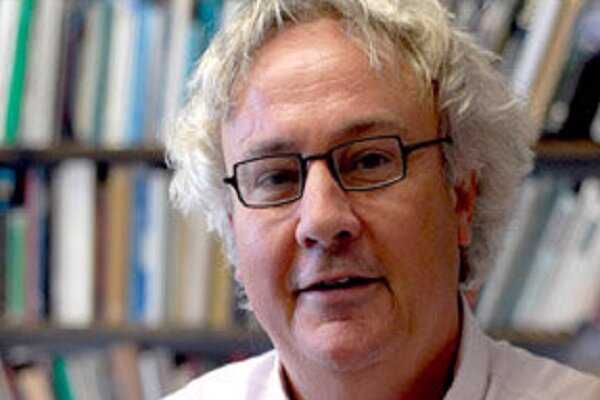 Taliaferro says former UK premier is following the same practice as both Trump and Biden after the death of Khashoggi adding that they officially condemned Riyadh but didn't take action. The former UK Prime Minister Tony Blair said on the anniversary of 9/11 that Saudi Arabia with huge oil wealth is propagating a fundamental, old-fashioned, and quite a backward view of Islam.

Blair described the 9/11 terrorist attacks as an event that changed the world.

He said that the attacks created big anxiety in the world because they did not know whether further attacks were on the way. Meanwhile, he added that Americans decided to leave Afghanistan because they realized that the enemy they were fighting there was not going to give up even after 20 years.

He said that the Americans could not wait more and they were fighting an endless war. He said that the US agreement with the Taliban demoralized the Afghanistan government and the people of Afghanistan who locally worked with the Americans in the provinces. To shed light on the issue, we reached out to Charles Taliaferro, a professor of philosophy at Saint Olaf College in the US Following is the text of the interview with him: On the anniversary of the 9/11 attacks at the Yalta European Security conference (YES) in Kyiv, Former UK Prime Minister Tony Blair said that Saudi Arabia is propagating a fundamental, old-fashioned, and quite backward view of Islam.

What do you think of this? Do you agree with him?

Tony Blair and his Tony Blair Institute for Global Change have sought to partner with Muslims around the world who condemn acts of terrorism done in the name of Islam.

Many Americans, especially the relatives of those killed in the 9/11 attacks, have been deeply suspicious of the role of Saudi Arabia in those attacks and others.

After all, fifteen of the nineteen hijackers were from Saudi Arabia.

I am not inclined to describe Islam in Saudi Arabia as old-fashioned or backward.

What I would prefer Blaire to have said was that the House of Saud is involved in a dangerous tolerance of Wahhabism, which is troubling not because it is old-fashioned or backward; it is, instead, a relatively modern development that inspires violence against Muslims they deem apostate and non-Muslims. To what extent are some global powers using extremism as a tool to secure their geopolitical interests particularly in West Asia? That is very difficult to judge, but you raise a fascinating possibility that fear of extremism can shape foreign policy, including giving aid to refugees and arms sales to different countries.

Fear of extremism was used by the Trump administration in the United States to highly restrict immigration from Muslim-majority populations. Tony Blair refers to a fact, while the UK is still cooperating with reactionary regimes like Saudi Arabia.

If leaders like him believe what they say, why are they cooperating with Riyadh?

There is an old expression in the West: if you have a meal with the devil, use a very long spoon.

Given Blair's assessment of the Kingdom, you would think he would be quite distant.

But perhaps he is following the same practice as both Trump and Biden after the death of Jamal Khashoggi.

Officially Biden condemned his killing, but neither Biden nor Trump took action against the crown prince or the Kingdom. The US left Afghanistan after 20 years claiming of fighting against terrorism and extremism, while extremism still exists in the country.

Why couldn’t the US succeed in its so-called war against terrorism?

In hindsight, we can see that, for many reasons that are not yet clear, that the people of Afghanistan did not form a robust culture, government, and military that had the solidarity, cohesion, and loyalty to withstand the Taliban.

There is a similar situation and danger in the United States.

To effectively counter domestic terrorism the vast majority of the United States population needs to be united in opposing the use of violence to subvert our democratic institutions.

This not only does not aid the so-called war on terrorism, but it can also inspire citizens to use violence to advance Trump's agenda in the name of patriotism.

I am fully confident that democracy in the USA will prevail, but it faces profound enmity among our leaders and citizens.