US-led propaganda targets any govt. that opposes US hegemony 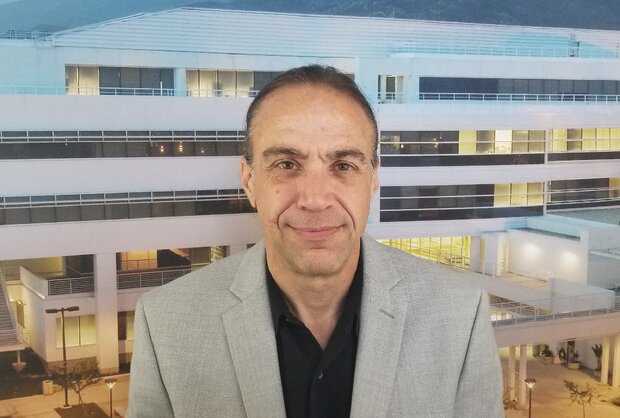 TEHRAN, June 23 (MNA) – An American professor says any government that stands against US hegemony will be targeted with propaganda against its election, be it Iran, Venezuela, or Syria.

"Any government that stands in opposition to US global hegemony will see the same formulaic narrative strategically tailored to apply to its upcoming elections," David Yaghoubian, a professor of history at California State University San Bernardino, told Mehr News Agency in an exclusive interview.

Here is the full text of the interview: Despite the pandemic and massive propaganda of a group of foreign-based media – mainly supported by some regional reactionary countries that are not familiar with any form of election –, around %50 of those eligible to vote went to polls to have a say in the future of the country.

How do you analyze the failure of those media efforts?

In light of the fact that foreign-based media sources such as BBC Persian and Iran International TV are widely recognized as anti-Iranian “regime change” propaganda mills, their failure—like that of the Western mainstream media from which their misleading narratives are largely derived—is neither surprising nor unanticipated.

Demonstrated repeatedly as events on the ground in Iran neglect to accord with their analyses and predictions, such “fake news” in the service of hybrid warfare is inherently inaccurate and readily identifiable as the agenda-oriented propaganda that it is.

The reality of Iranian society and politics persists in stark contrast to the Iran of regime change fantasies yet again. The same could be said for recent coverage of elections in Venezuela, Nicaragua, Bolivia, Peru, Belarus, and Syria.

Any government that stands in opposition to US global hegemony will see the same formulaic narrative strategically tailored to apply to its upcoming elections.

The Western media and its regional parrots will claim in advance that the candidate(s) are anti-democratic, corrupt, politically extreme, or otherwise unfit, that the election process is rigged or illegitimate, and/or that the democracy is inherently flawed or “fragile” thus necessitating guidance, correction, or direct intervention. Popularly elected leaders (eg.

Nicholas Maduro, Evo Morales, or Bashar al-Assad) are subsequently referred to as authoritarian “thugs,” “terrorists,” “criminals,” and often “murderers” for having the nerve to follow the dictates of their national constitutions and electoral processes while standing up to US imperial bullying and appealing to international law.

Despotic genuinely homicidal sociopaths and war criminals who have never held an elected position yet serve as regional lapdogs for the Americans and the Zionists (eg.

While such “reporting” is by design functional for dumbing down the societies that are infected by it and for manufacturing consent for imperialist meddling, it is also inaccurate by the same design, and will thus ultimately fail to accord with reality or genuinely inform. As you know Canada refused to cooperate for the Iranian election, and meanwhile, there were also assaults against Iranian voters in some European countries such as the United Kingdom.

Why didn’t these Western countries cooperate with Iran regarding the election despite their claims of supporting democracy?

Claims of supporting democracy are hollow when a track record of actions demonstrates them to be insincere.

Recall from recent history that Canada and the United Kingdom supported the right-wing coup of Christian fascist Jeanine Anez in Bolivia in 2019, continue to support takfiri terrorists in Idlib and murderous illegal sanctions against the people of Syria (while ignoring the OPCW scandal regarding the false flag event in Douma and denying the legitimacy of the Syrian government), pathetically contend to this day that the CIA-groomed stooge Juan Guaido is the legitimate president of Venezuela, while arguing that apartheid Israel is actually a “democracy.” Clearly Canada and the United Kingdom value their status as vassals to the United States and the benefits and advantages they receive by advancing its false narratives and imperial policies more than they value democracy, truth, consistency, or international law. Interview by Mohammad Ali Haqshenas