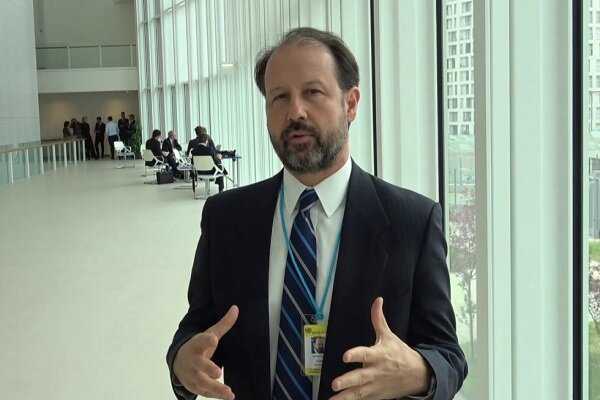 How do you evaluate Vienna talks? Iran has said it will leave the talks if it feels they will take time.

How is it possible to prevent protracted negotiations?

No one wants to waste time or fail to get a result that returns Iran and the United States back into compliance with the JCPOA It is very important that the discussions on the details and the sequencing of a mutual return to the JCPOA by the United States and Iran have begun and are continuing.

The fact is that the JCPOA is a complex agreement and the discussions on restoring compliance are complex, in part because the Trump administration and Iran took a number of steps that are not easy to reverse, and because trust on both sides is low.

It does not help that Iran does not want to engage in direct talks with the United States because the indirect talks format that is being used in Vienna is more time consuming.

Nevertheless, I agree with President Rouhani that progress is being achieved and that we could see a result with the next two or three weeks if both sides are realistic and serious.

AP reported that The Biden administration is considering a near wholesale rollback of some of the most stringent Trump-era sanctions imposed on Iran in a bid to get the Islamic Republic to return to compliance with a landmark 2015 nuclear accord, but some experts said the sanctions that will be lifted are not serious sanctions and United State is carrying out a propaganda campaign on this issue.

What do you think about this view?

It is not new at this point that the Biden administration is prepared to restore the JCPOA on a “compliance-for-compliance basis” and that doing so means, in part, waiving the nuclear-related sanctions identified in the JCPOA, as well many of the other sanctions levied by the Trump administration that were put in place to prevent a return to the JCPOA What the US and Iranian officials need to do, and it is not a simple process, is to reach a common understanding about which of these additional Trump-era sanctions relate to US concerns that are not related to the nuclear file and the JCPOA, and which were added by Trump to try to complicate returning the United States to the JCPOA The sanctions relief that would occur if a “compliance-for-compliance” understanding can be worked out would be very substantial, especially for ordinary Iranians.

As you know Republican critics and others, including Israel and Persian Gulf Arab states do not want any sanctions relief.

How can Biden adminstration address their concern?

Indeed, there are critics of the JCPOA here in the United States who continue to call for a continuation of Trump’s failed policy to withdraw from the 2015 agreement, but these critics do not have the authority or the votes in Congress to thwart the Biden administration’s determined efforts to restore Iranian and US compliance and to pursue follow-on discussions.

They have not presented a credible alternative to the basic and common sense step of restoring the JCPOA and then exploring, through diplomacy, solutions to the respective security concerns of Iran and the United States and other states in the region.

In response to these critics, President Rouhani along with President Joe Biden, will need to make the case that a restoration of the JCPOA on a “compliance for compliance basis” is the best path forward for all nations, and those who seek to delay a return to compliance and who seek to drag out or to sabotage these talks are not acting in the interests of the Iranian people, the American people, or in the interest of regional or international peace and security.

They all realize that failure to do so will lead to an escalation of tensions and worsening of the economic and health situation for ordinary Iranians.