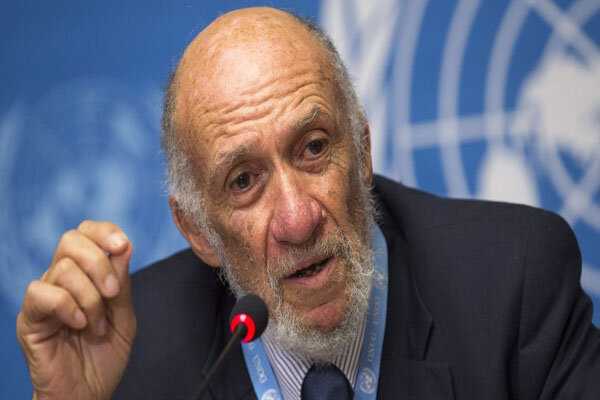 TEHRAN, April 17 (MNA) – Referring to the responsibility of Israel in the Natanz incident, Richard Falk said that the UN should stop watching such unlawful events in a spirit of silent detachment, and take its own Charter responsibilities seriously.Natanz incident took place in a part of the electricity distribution network of Shahid Ahmadi Roshan facility in Natanz, a uranium enrichment center located in the city of the same name in Iran’s central province of Isfahan.

In his reaction to the incident that occurred in Natanz Nuclear Site, Atomic Energy Organization of Iran (AEOI) Chief Ali-Akbar Salehi said that Iran reserves the right to act against perpetrators of the Natanz incident.

Iran says it reserves the right to give the proper response to the Zionist regime’s act of sabotage in the nuclear facility at the right time and right place.

To know more about the issue, we reached out to Richard Anderson Falk, American professor emeritus of international law at Princeton University.

Following is the text of our interview with him: In your view, who is behind Natanz sabotage? At this point, we have only the uncontested reports that Israel is responsible, having virtually confessed as much.

Apparently, Israel used Mossad to carry out the attack on the Natanz underground nuclear enrichment facility on April 10, 2021.

The attack came only a day after new more advanced centrifuges began operating at Natanz.

The attack took the form of a major explosion 65 meters below the ground.

What purposes are behind this sabotage? On the basis of circumstantial evidence, contrary to the posture taken by Israel that the Natanz incident was directed at slowing Iran race to the nuclear weapons threshold, I believe the attack had as its primary purpose, a provocation designed to escalate tensions between Iran and Israel and encourage the US to stick with the Trump approach to relations with Iran.

More immediately, the attack is sure to complicate current efforts in Vienna to create the conditions leading to the resumption of US participation in JCPOA through direct negotiations.

As is widely understood, Iran has been demanding that its compliance with JCPOA depends upon an American commitment to terminate the sanctions imposed during the Trump presidency in conjunction with its unilateral US withdrawal from the nuclear agreement in 2018.

Iranian officials believe that the International Atomic Energy Agency and JCPOA parties should clarify their stances and condemn this sabotage, as it's been done while Iran has been trying to revive the agreement in Vienna.

What do you think?

I do believe that if an investigation confirms Israeli responsibility for the Natanz attack it should be condemned by the International Atomic Energy Agency and by the parties to JCPOA (that is, the five Permanent Members of the Security Council and Germany).

Such a step would be a major step toward the depoliticalization of regional tensions and offer some hope that the current crisis atmosphere can be overcome.

What is being called ‘the shadow war’ between Israel and Iran is dangerous and every effort should be made to end it.

It also should be acknowledged as widely as possible that Israel has the main responsibility for recourse to this surge of war-mongering propaganda and acts of aggression that violate international law and the UN Charter.

The UN should stop watching such dangerous and unlawful events in a spirit of silent detachment, and take its own Charter responsibilities seriously.