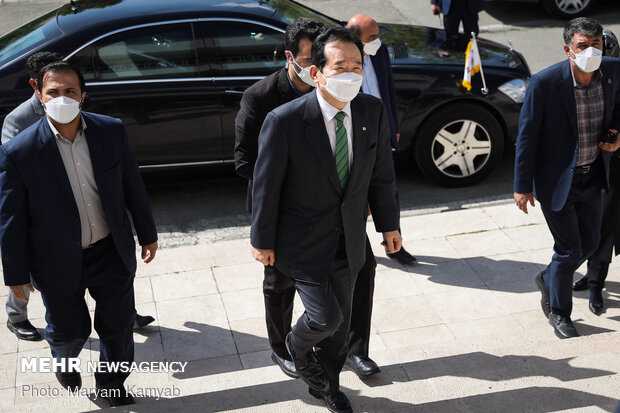 TEHRAN, April 14 (MNA) – In 1980s, when I was serving in the Seventh Political Department of the Ministry of Foreign Affairs (East Asia), Republic of Korea was always referred to as a trusted friend who could be one of Iran's close economic partners.At the time, Iran's relations with North Korea were very good because of its support for Iran in the imposed war, but that did not stop Tehran from maintaining friendly relations with Seoul.

It was expected that Iran and Republic of Korea, as two Asian countries in West and East Asia and having a complementary role in the economic field, would be able to upgrade their relations to the level of strategic cooperation.

Unfortunately, South Korea gradually sacrificed its long-term interests to cross-cutting interests and, in an unfriendly move, complied with illegal US sanctions against Iran that lacked any international legitimacy.

In 2018, the Koreans showed that they are not trustworthy as a trading partner, and Seoul did not even wait for the US deadline and stopped oil imports from some three months earlier than the implementation of the inhuman sanctions.

Subsequently, Korean companies, especially LG and Samsung, which had been profiting from the Iranian home appliance market for many years, ceased their activities in Iran.

(Of course, the departure of Korean companies from Iran increased the efforts of Iranian companies to achieve self-sufficiency and independence from foreign companies, and by placing Iranian companies on the path of progress, the required products were manufactured inside the country.) It was not long before the South Korean government continued its negative stance, its banks also stopped cooperating with Iran, and the governor of the Central Bank of South Korea explicitly said that he could not do monetary and financial exchanges with Iranian banks.

There were no international sanctions, including UN sanctions against Iran, and the Koreans could continue their cooperation with Iran by pursuing an independent policy.

Even in the difficult conditions of coronavirus outbreak, the Iranian people could not use these resources to buy goods and medicine.

Now, on the eve of the 60th anniversary of the establishment of diplomatic relations between Iran and South Korea, the visit of Prime Minister Chung Sye-kyun to Iran is a good opportunity for the South Korean government to recoup its past approach and improve the release of Iranian funds.

The Islamic Republic of Iran welcomes the Prime Minister's visit to Iran with a friendly approach and hopes that with his effective activities and actions, it will be possible to continue the relations between the two countries and improve the position of South Korea in the eyes of the Iranian people.

Naturally, if Seoul does not pay attention to solving the existing problems and tying them to the results of Iran's nuclear talks with the members of nuclear agreement, Iran reserves the right to exercise the rights of the Iranian people by relying on legal measures.