Unreliable media are info source for people in West on Islam 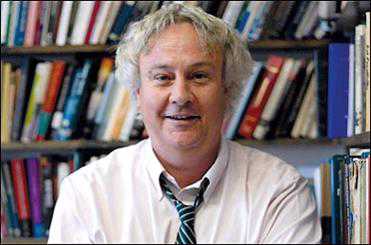 TEHRAN, January 13 (MNA) –Referring to the profound impact of Islamic thought and culture on the "the west", Prof.

Taliaferro says, "primary source of information in the west about Islam is from public media, which is notoriously unreliable."It was on January 21, 2015, that The Leader of the Islamic Revolution Ayatollah Seyyed Ali Khamenei made important points in a letter addressed to the European youth.

The content of the letter included warnings about the approaches and political behavior of the West and the United States, as well as informing the Western nations about their responsibility to know Islam directly.

The point that can be highlighted in the valuable content of this letter and can even be used as a roadmap and a historical document, is that in that year we were warned about the developments that the world experienced recently.

The post-election period in the United States is the time that has been warned of many times and in different ways.

Although almost the majority of the public opinion accepted these warnings and was well aware that the Western initiatives had failed for the nations, the developments of the last few years, especially the COVID-19 crisis and the US election turmoil indicated the failure much earlier than expected.

Citizens of Europe and the West must not allow organized terrorists to be introduced as representatives of Islam.

Defamatory figures should not be allowed to create a gap between European public opinion and the main reality of Islam.

The gap leads to the creation of an emotional barrier and the possibility of impartial judgment is further denied.

The West must become acquainted with true Islam without prejudice and intermediaries, and on the other hand, it must not be confined to imaginary borders.

The monopoly of the Western media is the most important reason that the West and its citizens are not directly acquainted with Islam.

The measures that are currently being adopted under the name of Islam in the world and the region are aimed at destroying the image of Islam and on the other hand providing the ground for presenting a deviant model of the religion and replacing it with British or American models.

This was the mission of ISIL and terrorist groups.

We discussed the issue of Islamophobia in the west with Charles Taliaferro, a professor of philosophy at Saint Olaf College in the US Why has the old policy of Islamophobia and hatred against Muslims been intensified in recent years? Even before he was elected, Donald Trump aroused the fear of Muslims as a way to solidify his America-first political base.

This, of course, flies in the face of the roughly three and a half million Muslims who are citizens in the United States, let alone those who have distinguished positions in the government; my representative in the House of Representatives is Muslim, as is our Attorney General.

Trump fueled resentment over American soldiers killed in Iraq and Afghanistan, accused his opponents of supporting ISIS, and portrayed the Islamic Republic of Iran as not to be trusted in the use of nuclear power.

Does the public opinion of the west have a real knowledge of Islam? and from what source do they get this knowledge? I suspect that the primary source of information in the west about Islam is from public media, which is notoriously unreliable as television outlets such as Fox News traffic in a combination of fear and entertainment.

This is slowly changing as educators and leaders of different faith communities seek solidarity.

There has been a national movement in many Christian churches to establish relations with the different branches of Islam.

Education in the USA is also slowly shifting to Global history.

In my own field, philosophy, the history of philosophy is becoming less centered on Euro-American affairs.

This is partly due to the evident fact that "the west" has been profoundly impacted by Islamic thought and culture.

Why does the west introduce terrorists like ISIL as the representative of the Islamic world? Fear, even terror of an enemy can motivate citizens to vote for those, like Trump, who vowed a little over four years ago to ban Muslims from immigrating to America.

A close advisor to Hillary Clinton was accused of having ties to Muslim extremists.

You can sell more newspapers and charge more for advertising on television on fear rather than informing the public of the greatness of Islamic culture and thought.

How many in the west know that the oldest university in the world is the University of al-Qarawiyyin, founded by a woman, long before the founding of the University of Paris or Oxford or Harvard? Why does the power structure in today's world tend to marginalize Islamic thought? I suggest that cultures and states are often founded on the idea that they are other than some group.

You can see this in the case of some historical enemies, like the British and the French.

It is out of a desire for Americans to be different from the British crown that, after our revolution, there arose an American spelling differing from the British, as in color and colour.

So, I suspect some marginalizing has been a prop to establish a notion of an American homeland, forgetting that America is the home of millions of Muslims who are serving the country as doctors, lawyers, politicians, teachers, architects, soldiers, and more.